Last Updated 19.10.2021 | 10:39 PM IST
feedback language
follow us on
Bollywood Hungama » News » South Cinema » “It was fun on the sets and we all worked like friends together”, says Nishabdham director Hemanth Madhukar

Time flies when you have friends together to work with! Director Hemanth Madhukar shares how the shoot of Nishabdham was conducted swiftly and how Anushka Shetty and Subbaraju bonded well on the film sets. 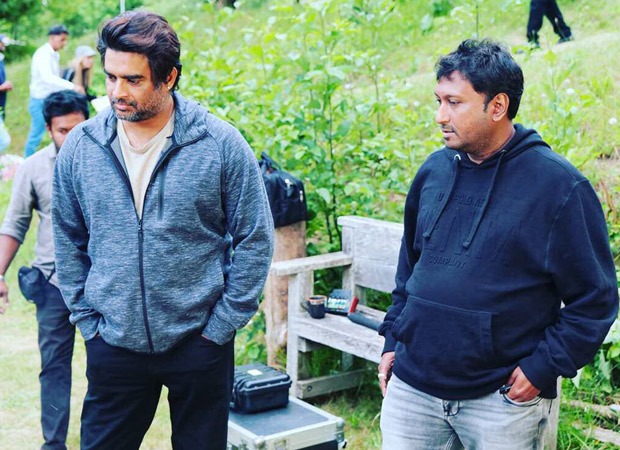 The director says, “Anushka and Subbaraju actually look like brothers and sisters and she also calls him 'Anna'. They actually have a very good bond and are very good friends since Baahubali and infact Subbaraju and me are very good old friends from the past 15 years so it was fun on the sets and we all worked like friends together."

Adding more, the director says, “However, the pre-production time took longer time, pick the locations, cast the stars but the shoot was very smooth and we shot the film in 56 days and that too in two languages Tamil and Telugu."

Nishabdham is exclusively available on Amazon Prime Video and is a must watch for an intriguing plot. The film is directed by Hemanth Madhukar, and produced by TG Vishwa Prasad and stars Anushka Shetty, R Madhavan and Anjali in the lead roles. The film marks American actor Michael Madsen making his Indian film debut and also stars Shalini Pandey, Subbaraju and Srinivas Avasarala in pivotal roles.

Also Read: Director Hemanth Madhurkar shares how the dream of a perfect orphanage for Nishabdham was fulfilled by a school