With cinema halls shutting down and shootings coming to a halt, the year 2020 has not been great for the Indian film industry. However, the beginning of the new year brought in a lot of hope for the industry and cinema lovers. Makers started announcing updates and new projects as soon as we entered 2021. All four South industries made major announcements in the past two days. Here are the announcements made on New Year: 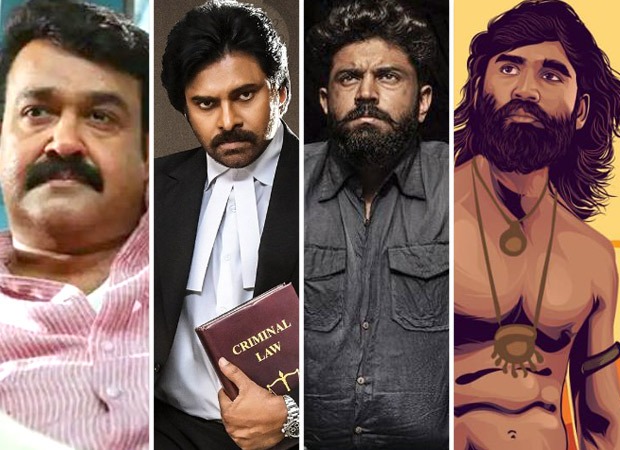 As soon as the clock struck 12 and India entered the New Year, Mohanlal took to his social media handles to share the teaser of Drishyam 2 and announced that the film will be released on Amazon Prime Video skipping its theatrical release. The film which is a sequel to the 2013 film directed by Jeethu Joseph will take over from where the first part ends. The film was completely shot after lockdown restrictions were lifted.

Dulquer Salman starrer Kurup was one of the most anticipated films of 2020 and was supposed to hit the theatres in May last year. On New Year’s Day, Dulquer unveiled a new poster of the film featuring him and Sobhita Dhulipala and said that the film will be released in theatres in 2021.

Directed by Priyadarshan, the film has Mohanlal in the lead. Few hours before the New Year, it was announced that the long-awaited film will be released in theatres on March 26, 2021.

On the eve of January 2, Nivin Pauly took to his social media handle to announce the release date of his next. Directed by Rajeev Ravi, Thuramukham will be released on the occasion of Eid on May 13, 2021.

A magnum opus !! The pre production alone will take us a year. But a dream film from the master @selvaraghavan ! The wait will be long. But we will give our best to make it all worth it. AO2 ..The Prince returns in 2024 https://t.co/HBTXeN66iA

Ten years after the release of Aayirathil Oruvan, actor Dhanush and filmmaker Selvaraghavan are all set to reunite for the sequel of the film. However, the film will be released only in 2024. Dhanush on his Twitter handle said that the pre-production of the film will alone take a year.

Directed by Karthik Swaminathan, Mughizh tells the story of three people, a house and a puppy. The cast includes Vijay Sethupathi, Regina Cassandra and Shreeja. On Jan 1, Vijay Sethupathi unveiled the trailer of the 1 hour web film.

And the teaser of #KodiyilOruvan #VijayaRaghavan in five languages is here. Hope you all like it ????. Summer 2021 release.

The teaser of Vijay Antony starrer was released in five languages on Jan 2. From the teaser, the Ananda Krishnan directorial promises to be a true-blue action film.

#VakeelSaab wishes you all a very #HappyNewYear2021

Pawan Kalyan’s comeback film has been making the right noise ever since the first poster was unveiled almost a year ago. On New Year’s day, a poster featuring Pawan Kalyan and Shruti Haasan started trending on social media. However, it is the words, ‘teaser on Sankranthi’ that had the fan's excited.

Here's our new year treat for you all!! Hope you enjoy it ????#KRACK#KrackTrailer https://t.co/zAtAG2hXUh

Directed by Gopichand Malineni, Krack is an action thriller starring Ravi Teja and Shruti Haasan. The makers dropped the trailer of the film on New Year’s Day and soon it started trending ons social media platforms. The film will be released on January 9, 2021.

One Cut Two Cut is Comedian and actor Danish Sait’s next offering after entertaining the audience with Humble Politician Nograj and French Biriyani. Directed by Vamsidhar Bhogaraju, the makers shared the poster of the film on New Year’s Day.

ALSO READ: Vijay shares the special Twitter emoji for Master ahead of the theatrical release