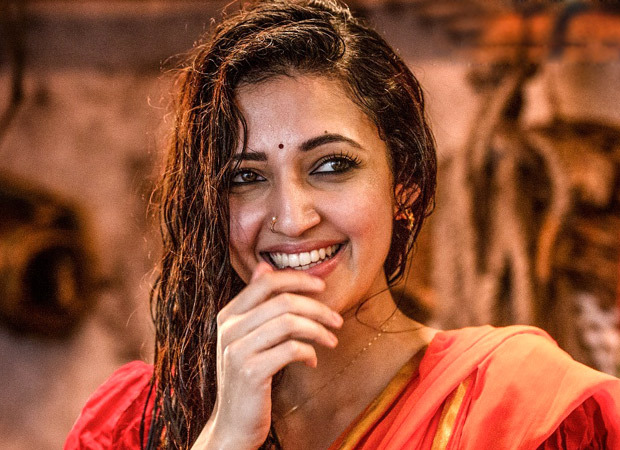 Ravindra Benerjee Muppaneni (Benny) is producing this film and Yuvaraj. C is presenting it with music by Manisharma. On the occasion of the birthday of leading lady Neha Sshetty, makers revealed her graceful look as Chitra from the film. Talking about her character, director Clax said, "Chitra looks innocent and conventional but she has a modern-hearted inner side. She looks like a Barbie Doll but has an amusing nature hidden under the fear of patriarchy. Besides looking beautiful, she impresses us with her performance too. It's a Dramedy genre film. The story is based on comedy, emotions and thrill with a native village backdrop. We’ve strong content in this film along with hilarious comedy.”

Conveying his birthday wishes to the leading lady, producer Benny revealed her role in the film surely captivates everyone. “Kartikeya and Neha Sshetty's chemistry is beautiful on screen. It's a wholesome entertainer. We're at the final stage of shoot. Post production works are happening at brisk pace. We’re planning to bring this new-age concept film in the New Year. Drama, comedy, action, and emotions are going to be major highlights of this new-age entertainer," he added.

Besides the lead cast, the film is also expected to an ensemble supporting cast that includes Ajay Ghosh, Satya, Raj Kumar Kasireddy, Srikanth Ayyengar, 'Auto' Ram Prasad, Goparaju Ramana, LB Sriram, Surabhi Prabhavathi, Kittayya, Anithanath, Divya Narni and others in major roles. While fights are choreographed by Anji, Prithvi Raj, editing is done by Viplav Nyasadam and the cinematography is by Sai Prakash Ummadisingu, Sunny Kurapati. The lyrics are written by Sirivennela Seetharamashastry, Kittu Vissapragada, Krishna Chaitanya whereas the music is composed Manisharma.