Amazon Prime Video, today, released the trailer of a nail-biting Malayalam thriller - Cold Case, starring superstar Prithviraj Sukumaran and Aditi Balan in the lead. A gruesome murder, an excellent cop, and a journalist with an interest in the supernatural make for an intriguing plot of this investigative film. 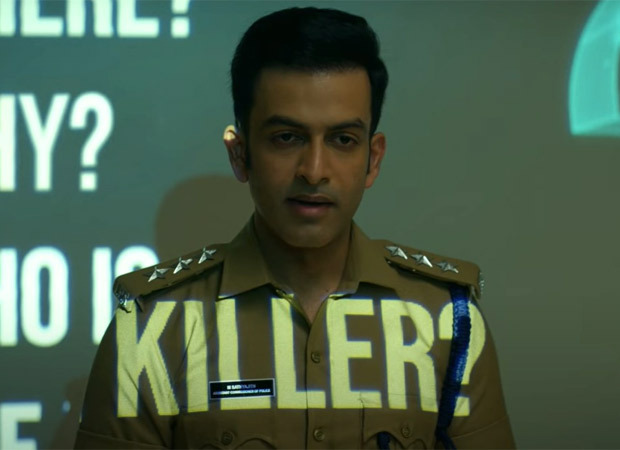 Cold Case is helmed by cinematographer-turned-filmmaker Tanu Balak, marking his directorial debut, while it is jointly produced by Anto Joseph and Plan J Studios. The film will premiere globally on 30th June 2021 in India and across 240 countries and territories on Amazon Prime Video.

Cold Case is a riveting story of a complex murder case, the investigation of which is taken on by one of Trivandrum’s most brilliant officers - ACP Satyajith (Prithviraj Sukumaran). As Satyajith unravels several mysteries behind the murder, the case takes a rather ‘cold’ turn with emergence of supernatural forces in the case. Finding their way through parallel investigations ACP Satyajith and investigative journalist Medha Padmaja (Aditi Balan) eventually cross paths to unearth secrets they never imagined.

Vijay Subramaniam, Director, and Head, Content, Amazon Prime Video, India said, "We are extremely excited to bring this unique story - Cold Case, to our audiences. Cold Case is a perfect blend of two most loved genres of horror and investigative thriller - packaged together it makes for an extremely interesting watch. Cold Case is Amazon Prime Video's 6th Malayalam direct to service offering, and much like Sufiyum Sujatayum, CU Soon, Joji, Halal Love Story, and Drishyam 2, we hope audiences across the country and outside, will find this a most entertaining watch."

Actor Prithviraj Sukumaran, excited about the film’s direct-to-service premiere shared, “It is an absolute delight to be part of such an amazingly crafted story. I am delighted to announce that movie lovers worldwide can watch Cold Case on Amazon Prime from the safety and comfort of their homes. With a complete whodunit setup – the film will take you through a thrilling journey. I hope the viewers enjoy it as much as the team enjoyed making it.”

“It is a jubilant moment for me to have my film Cold Case premiere in India and across 240 countries and territories on Amazon Prime Video. The cast and crew have worked tirelessly to make this film a treat to watch. Viewers are definitely in for a thrilling ride with Cold Case that will keep them at the edge of their seats throughout the film,” said producer Anto Joseph.