Karthik Subbaraj's directorial Jagame Thandhiram had a worldwide release on Netflix on June 18. Starring Dhanush in the lead role, the film has reached a wider audience because of its digital release. The posters and visuals of Jagame Thandhiram have now found their place at New York's Times Square. 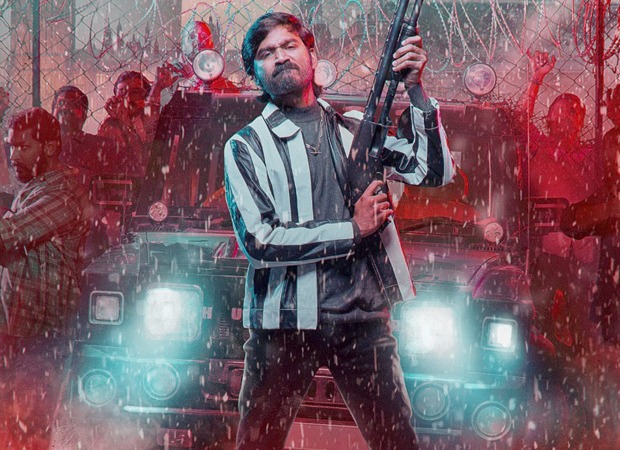 The posters and visuals of the gangster thriller that released two days back are being screened on the billboards at New York's Times Square. Dhanush plays the role of a notorious gangster from Madurai named Suruli. He goes to London as a contract gangster to Peter played by James Cosmo. However, he is caught in a fix when he comes across Sivadoss played by Joju George. 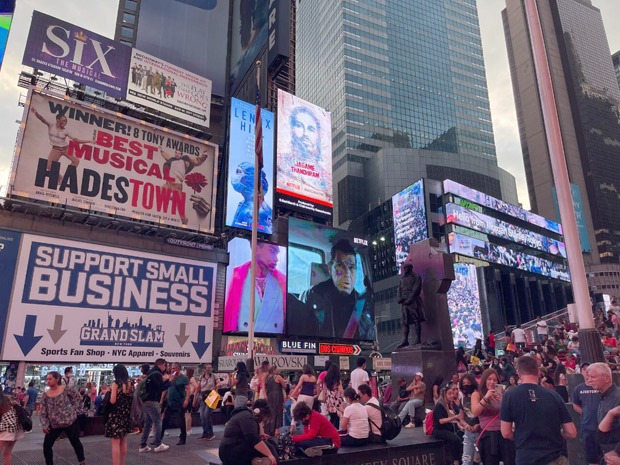 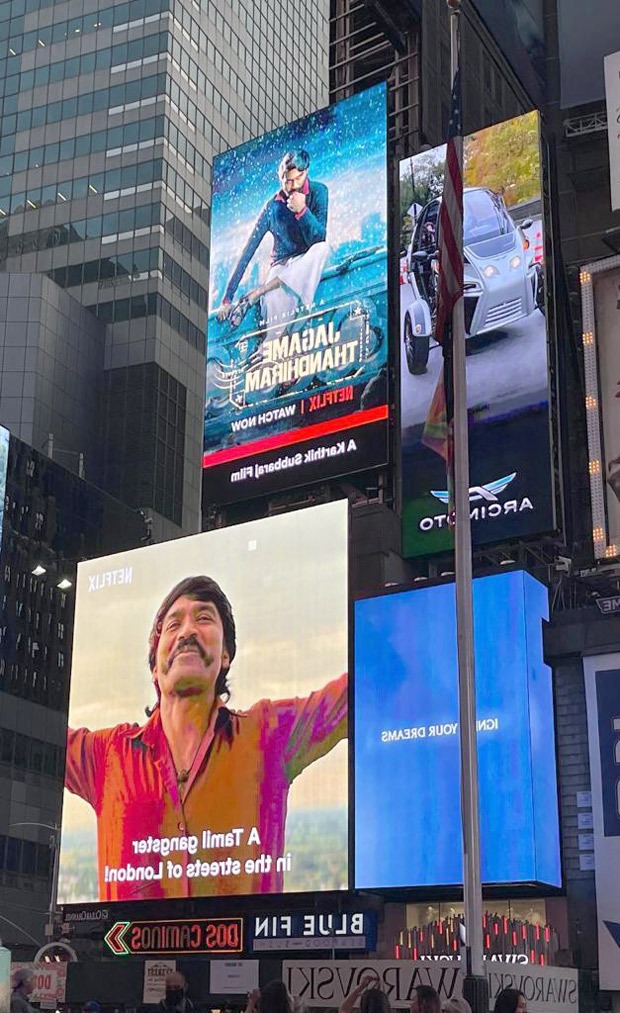