Krishna Aur Kans released in over three hundred and fifty screens across the world last week in stereoscopic 3D and digital 2D, marking a milestone in the Indian animated industry with the highest number of prints distributed for any Indian animated feature film. Directed by Vikram Veturi and produced by Reliance Animation, the film has an impressive cast consisting of Juhi Chawla, Prachi Save, Manoj Bajpayee, Om Puri, Anupam Kher, A.K. Hangal, Mukesh Khanna, Sachin and Supriya Pilgaokar who lent their voices for the film. With over 1200 artists contributed towards the production of the film, the film's production has taken a colossal five and a half years. Bollywood Hungama's Philip Bode gets Reliance Animation CEO, Ashish Kulkarni to shed light on devising a high-end 2D production pipeline, stereoscopic 3D and the challenges involved in making Krishna Aur Kans. 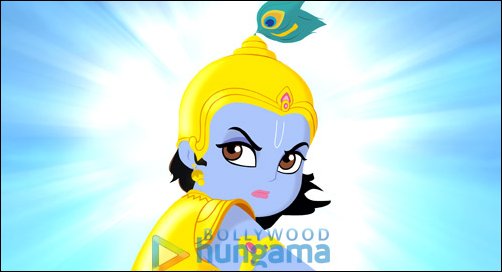 "The script is unfurled in a linear narrative"

First of all, we do not agree calling Krishna Aur Kans a mythological film, rather it is a film about our culture and heritage. The iconic Krishna is allured and worshipped not only by millions of Indians, but by a large international audience as well. This drove us to choose Krishna Aur Kans as an appropriate subject to work upon. The script is unfurled in a linear narrative from before Krishna was born, till he is ten years old and the colossal feats he accomplished within that time. What makes the film unique is that it's a real entertainer where everyone will have their share of fun watching the film. The action, the emotion, music everything put together makes Krishna Aur Kans the best entertainer this Janmashtami.