Pop Titans BTS' label BIGHIT Music has filed a criminal complaint against an unnamed person who has been spreading malicious and defaming rumours. This is in continuation to the regular legal proceedings that the agency conducts against the perpetrators of malicious activities related to BTS. 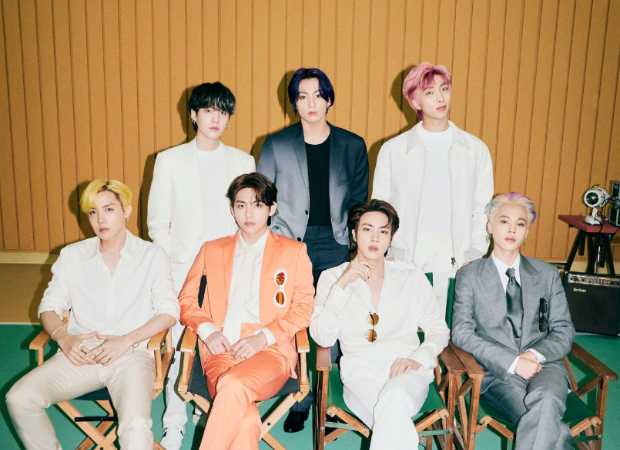 "Our company regularly initiates legal proceedings against perpetrators of malicious activities related to BTS, including defamation, personal attacks, sexual harassment, the spread of groundless information, and ill-intentioned criticism. We would like to provide an update on these activities. We have recently filed additional criminal complaints against postings with personal attacks and defamation using new information provided by fans as well as collected through our monitoring initiatives," the statement began, posted on their microblogging site Weverse.

It further read, "We have found multiple defamation postings containing false information about the artists on platforms in and outside of Korea. We also have found that a specific poster has been spreading the same ill-intentioned rumor in multiple platforms and filed a criminal complaint against the poster after gathering all of the repetitively uploaded postings. We are currently following our legal response process which monitors and collects evidence on malicious postings for 365 days and then includes them on the complaint. Active reporting of our fans has been a big help to our malicious postings monitoring initiatives."

"We would also like to share with you that after an extended police investigation, we were able to identify the suspect and the case has been sent to the prosecutor’s office," it continued.

"BIGHIT regularly collects information on malicious postings regarding BTS, reports them to the authorities, and files criminal complaints. We would like to stress that we will continue to initiate strict measures to ensure that these malicious acts are not repeated, and our policy of no settlement and no leniency remains in effect. We ask that you make continued use of our hotline to report any cases of abuse. We will continue to work to ensure that the rights of our artists are fully protected," the statement concluded.

While the suspect is unnamed, in recent times, member V (Kim Taehyung) has been a victim of several leaked photos with an unnamed person claiming that the singer-songwriter is dating BLACKPINK's Jennie. Several leaked photos have been floating on social media though the singer's face isn't clearly seen in the pictures.

On May 22, following the rumors of Jennie and Big Bang's G-Dragon's break up, pictures of individuals resembling Jennie and V together started circulating online. As Korean media Soompi reported, a photo taken on Jeju Island featuring two individuals resembling Jennie and V recently spread on online communities, leading to rumors that the two are in a relationship. When reached out for a response by news outlets, Jennie’s agency YG Entertainment briefly commented, “We have nothing to say [regarding this matter]."

Netizens claimed that BLACKPINK's iCloud was backed recently while no agencies have put out further clarifications on the photos or the alleged relationship.

ALSO READ: HYBE to turn Busan in South Korea into BTS City ahead of World Expo 2030 bid concert in October