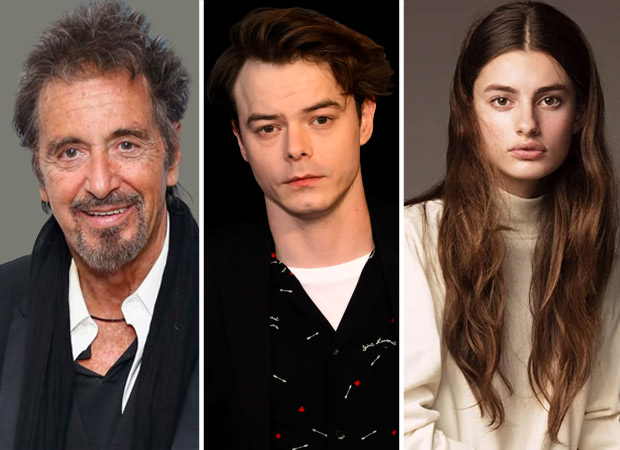 According to Variety, Billy Knight follows grad school students Alex (Heaton) and Emily (Silvers) who dream of becoming filmmakers. In addition to wanting to make it in the movie business, Alex is also grappling with the death of his father, a failed screenwriter. The only thing Alex’s father left him was a box of unfinished scripts and a handkerchief with the name “Billy Knight” embroidered on it.

Those clues send Alex on a quest to find the mysterious and reclusive Billy Knight. “Billy Knight is a love letter to cinema, a fantasy steeped in the history of this great art-form. It’s also the tale of two struggling artists, an introspective struggle of a young man trying to find his voice, and discovering what’s important in life,” said Roth. “Having the incomparable Al Pacino and the incredible talents Charlie Heaton and Diana Silvers in the film is a dream come true.”

On the work front, Pacino was last seen in Ridley Scott’s House of Gucci and was recently announced to be co-producing the Johnny Depp helmed biopic Modigliani. Heaton is freshly coming off the fourth season of Stranger Things. He also starred in 202 film The Souvenir Part 2.

Meanwhile, Silver is known for Booksmart Ava, Glass and Ma. She will next star alongside Laura Dern and Liam Hemsworth in Netflix romantic film, Lonely Planet.