The Gully Boy gang hung out for about 3 hours and bonded over music and a lot of impromptu rapping! Social media went berserk yesterday as Ranveer Singh posted images of him chilling with Naezy and Divine - the real life rappers, whose life stories fuelled Zoya Akhtar to write and direct her much anticipated next Gully Boy. 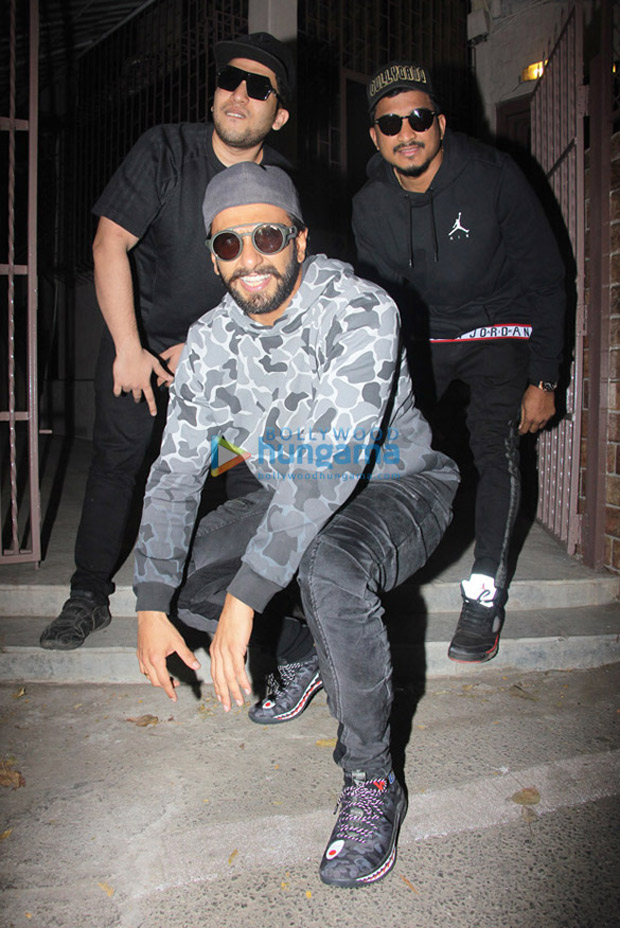 Zoya Akhtar had jammed with Naezy and Divine during the writing of the film so that they could bring a lot of authenticity to the script and Ranveer has become a brother to them as he prepped and perfected his craft to become a reel-life rapper in the film. Ranveer shared a picture and video from their jamming session and it was a delight to watch. He was goofing around with the boys while crooning to ‘Mere Do Anmol Ratan’.Last evening, it was a sort of reunion for the entire team and we hear that Zoya Akhtar made it happen.

“It has been a while since the entire core gang of Gully Boy gang hung out together. Zoya was busy filming and then editing his film. Ranveer got busy with Simmba and the promotions around the success of the film. In the meantime, Gully Boy trailer dropped out of nowhere and became a rage across the country. Zoya made an impromptu plan last evening for a big catch up session and called in Ranveer, Naezy and Divine. They hung for about 2 to 3 hours chatting about life and Gully Boy, bonding over music and of course a lot of impromptu rapping!” says an eye-witness present at Bandra’s recording studio Purple Haze.