Kareena Kapoor Khan had a wonderful 2018 with the success of her film, Veere Di Wedding. Returning to films this year after her maternity break, the actress is doing different kind of projects already. She has signed on her next big ticket film, Takht. Besides, Kareena also became a part of Netflix original film Mowgli: The Legend Of The Jungle and voiced the role of Kaa in the Hindi version of Andy Serkis’ film. Meanwhile, she is hosting her own radio show named ‘What Women Want’ that went on air in December 2018. 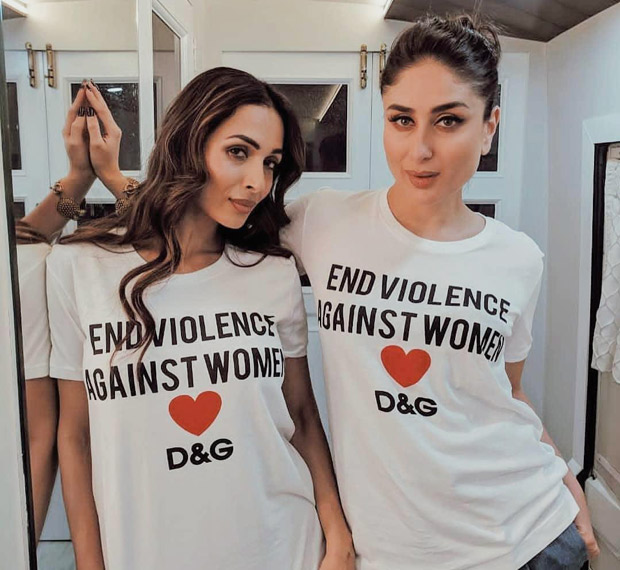 Now, the latest celebrity to grace the show is her BFF Malaika Arora. The actress shot for the episode this afternoon as the BFFs looked fabulous. Kareena looked stunning in triple denim look - Kanika Goyal x Babbu The Painter. Malaika dressed in stunning red thigh-high slit dress by Alena Akhmadullina. 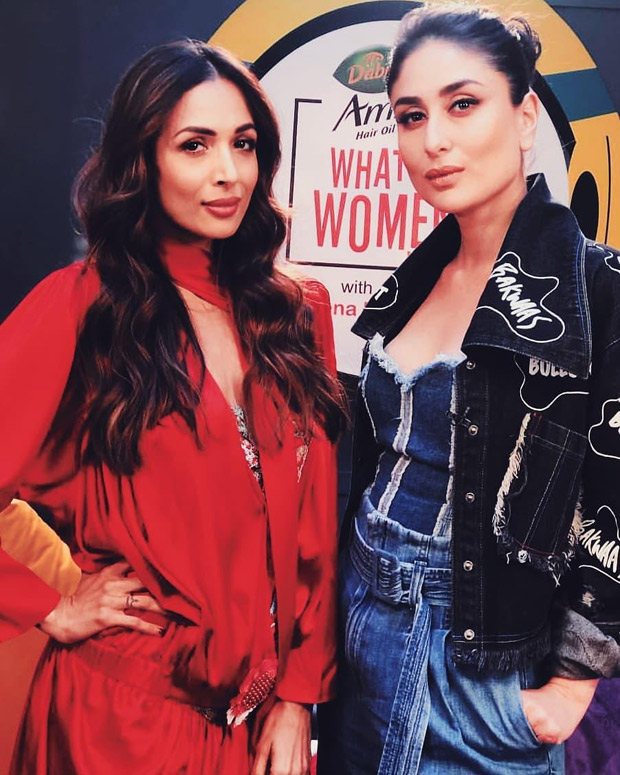 Before the shoot, the two of twinned in matching tees which had the tagline "End Violence Against Women". Malaika shared a couple of photos and captioned them, "Wat a coincidence !!!!!! When the gfs dress the same to work ,coz we gurls think alike ..... #endvoilenceagainstwomen #teeslogans#twinning???? #kareenakapporkhan ????♥️????#bebomalla#watwomenwant."

In the past episode, Kareena has discussed relevant topics on women issues with Swara Bhasker, Masaba Gupta, Soha Ali Khan, Karisma Kapoor and many more women.

Wat a coincidence !!!!!! When the gfs dress the same to work ,coz we gurls think alike ..... #endvoilenceagainstwomen #teeslogans#twinning???? #kareenakapporkhan ????♥️????#bebomalla#watwomenwant

Malaika Arora misses her son Arhaan while in…