Hollywood star Zendaya is the boss lady and every time she steps out, she makes a statement. The actress stepped out on July 12 night for the premiere of Space Jam: A New Legacy in Lola Bunny-inspired look. 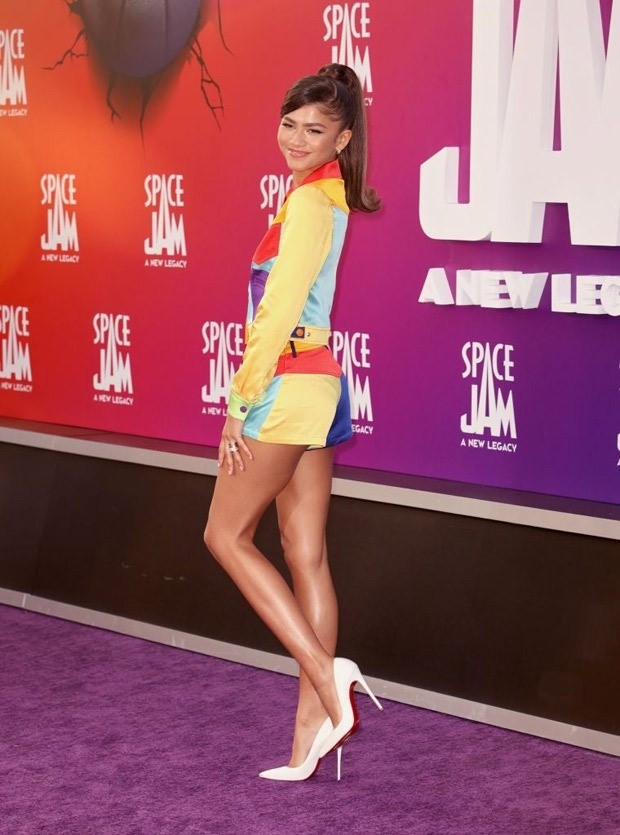 Zendaya recently stepped out in a multi coloured co-ord set from Moschino. She was seen wearing a colourful patched up jacket with a mini shorts with the same colourful patches detail and pure Christian Louboutin white pumps. Zendaya looks gorgeous as she flaunts her long legs. She kept her makeup simple with her hair tied up in a vintage ponytail with a side partition. 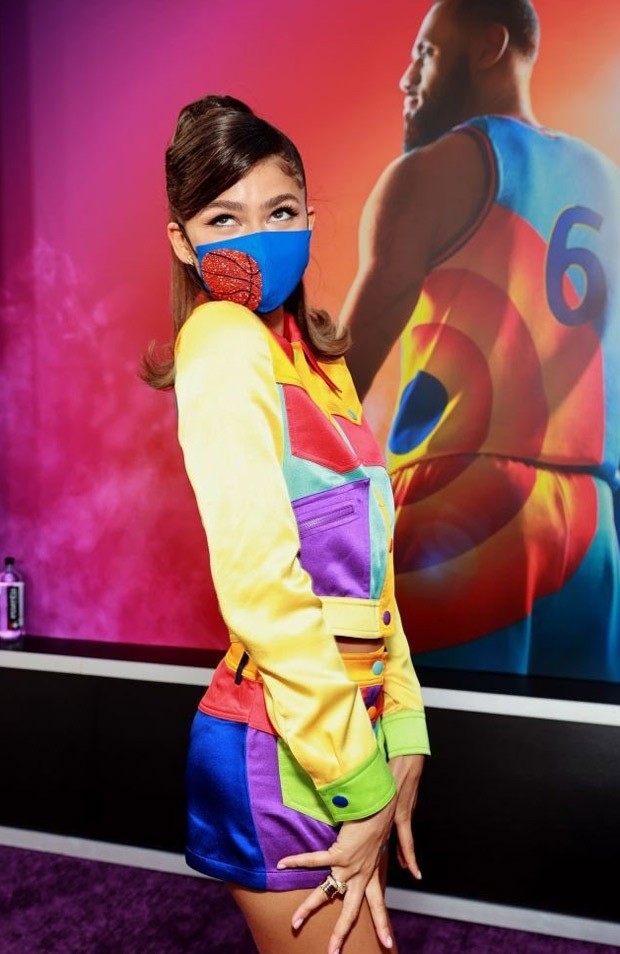 Zendaya shared video on her Instagram story showing off her new embroidered blue face mask with a sequined basketball, which was made by her mother.

zendaya wearing a lola bunny inspired look for the space jam premiere can become so personal to me pic.twitter.com/3zfleQE7Dc

The 24-year-old actress stars opposite LeBron James, Don Cheadle, and Sonequa Martin-Green in the new movie.

Meanwhile, Zendaya has also been making the headlines for her rumoured relationship with Spider-Man co-star Tom Holland. The two were spotted on multiple occasions in the past few weeks and rumours have been rife about their romantic union.