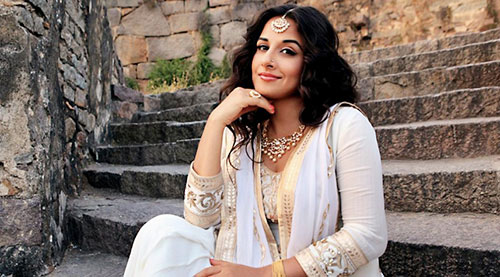 Hamari Adhuri Kahani may have been challenged by practically every critic about it being stuck in a time warp due to its heavy dose of melodrama, least of them all a 'mangalsutra' clutching female protagonist.


'How can the woman, who has shown what women empowerment is all about in films like The Dirty Picture, Kahaani and Ishqiya, agree to play a weepy soul in the Mahesh Bhatt written affair' is a common question being asked by one and all.


However, even though cities and multiplexes audiences are going through mixed emotions watching the film, out there, in the interiors the Mohit Suri directed film is enjoying a decent steady patronage. Is it because women out there are much more rooted in traditions? Or are they more sympathetic towards the dilemma that Vasudha, the once-married and now-in-love character played by Vidya Balan, is facing?


"I don't think that any one is completely detached from such traditional roots. Many women out there do believe that their identities are derived from men in their lives. At some point in time, there is a father or a brother and later husband or son. Somehow, women are still bound by traditions, their roots are very traditional. We have been not been able to completely get rid of that," says Vidya.


Though Vidya has enjoyed a much more liberated upbringing and has a far modern outlook, she took it up as a challenge to play a woman with whom she had to form a mental connect in order to get the character right for screen.


"It was challenging for me because I didn't believe that there are women like Vasudha around us even today," confesses Vidya, "It was Bhatt saab who said that 'Look around, every second woman out there is Vasudha'. It could be to varying degree but she exists. Howsoever evolved or liberated a woman may be but at the core of it, she is traditional in her thinking."


She emphasizes on the fact that being modern is not just in terms of dressing up or lifestyle but also finding your own self.


"The real challenge is to you bridge the gap between being traditional and finding your own voice," she opines.


It has to be seen how far does Hamari Adhuri Kahani go in letting this voice be heard.