The Deols – Dharmendra, Sunny Deol and Bobby Deol – are once again coming together with the third installment of their comedy franchise, Yamla Pagla Deewana Phir Se. The film will be releasing on August 31. We already got a glimpse of Salman Khan in the trailer. The cameo appearances also include Rekha, Shatrughan Sinha, Sonakshi Sinha. As the promotions are about to begin, the father-son duo Dharmendra, Bobby Deol reached the sets of Dus Ka Dum to promote the film. 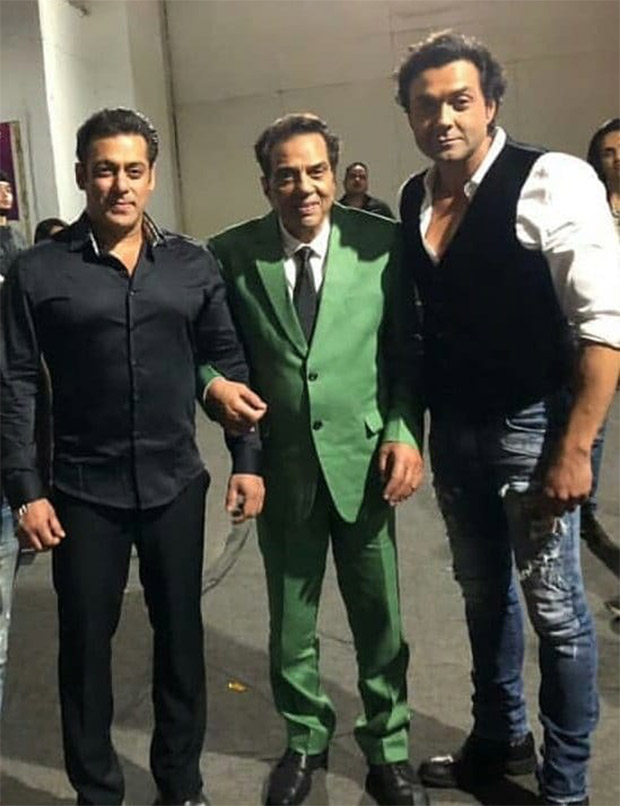 Dus Ka Dum has become a stage to promote films after the show went through changes. The show, which was earlier supposed to just commoners as participants, is now been shifted to the weekends with celebrity guests as participants. Also, the show is coming to end with Dharmendra, Bobby Deol, Raveena Tandon and Badshah during finale weekend! Dharmendra shared a picture with Bobby Deol from the sets of Dus Ka Dum. The father-son duo looked excited to reunite with Salman. It seems like the finale weekend will be full of excitement. 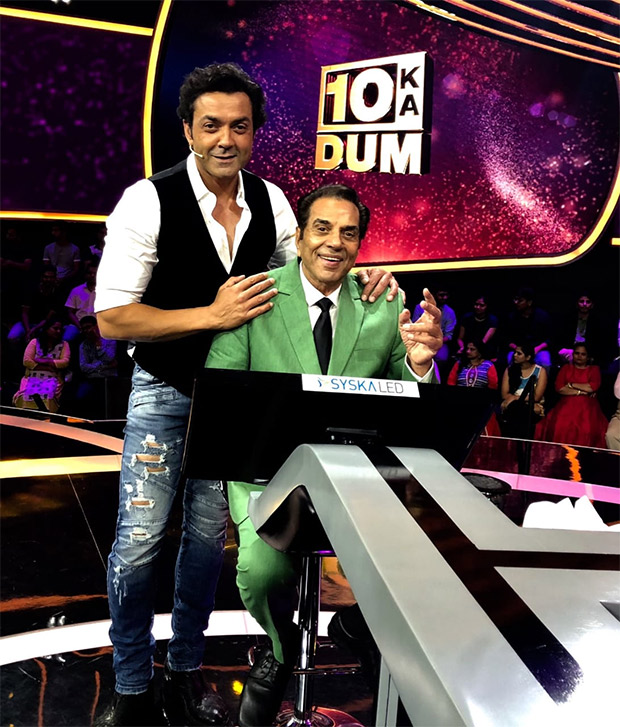