Well, fans of the Telugu superstar Mahesh Babu, will be rejoicing this special day since the actor turns a year older today. On the special occasion, the handsome actor decided to give a special treat to his fans who have been eagerly awaiting his next announcement about his forthcoming projects. Mahesh decided to unveil the first poster and the teaser of his upcoming film Maharshi and also posted about it on social media. 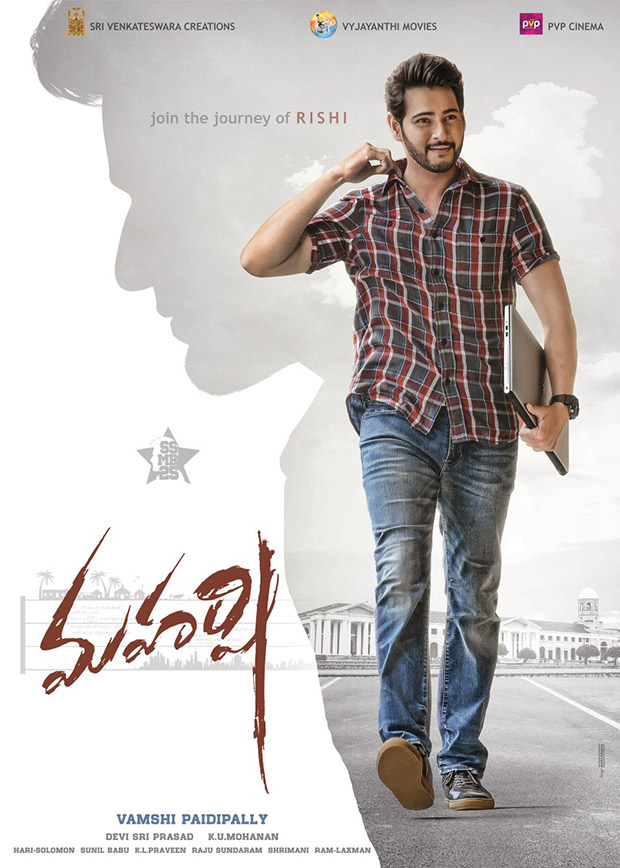 Titled 'Meet Rishi' the teaser gives glimpses of the character of Mahesh Babu in Maharshi. The teaser features the ever good looking actor as a college guy and also it seems that the character of Rishi is quite playful and happy-go-lucky. Expressing his gratitude towards his fans, Mahesh Babu shared the teaser on Twitter saying, "Humbled by your love & blessings Beginning my journey today as 'RISHI' :) #MAHARSHI #MeetRishi".

Maharshi marks to be the 25th film of the Superstar and has been creating immense excitement amongst the audience. Earlier today, the makers unveiled the poster of the film at midnight wishing the Superstar on his birthday. The said poster too was shared on the same platform and the actor too reposted it from his Twitter handle. Here’s a glimpse of the Maharshi teaser:

Directed by Vamshi Padipally, Maharshi also stars Pooja Hegde, who is currently working on the Akshay Kumar starrer Housefull 4 in Bollywood. The film has already gone on floor in Dehradun after a schedule in Uttarakhand that was completed a while ago. Written by Hari, Solomon along with Vamshi, it is slated to release on April 5, 2019. While the music is composed by Devi Sri Prasad, the cinematography is done by K.U. Mohanan.

Mahesh Babu was last seen in the blockbuster Bharat Ane Nenu which featured him opposite Lust Stories star Kiara Advani.