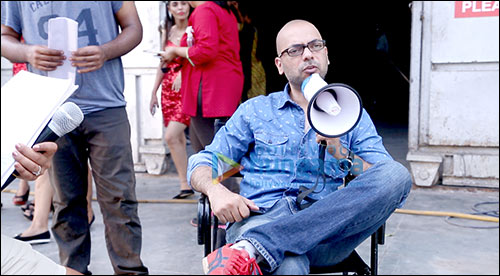 Delhi Belly fame writer Akshat Verma is all set to make his Bollywood acting debut with Indo British Producer Michael Ward's film Bombairiya. Akshat will be essaying the role of a hot headed film director in the film.

Talking about the same Akshat says, "I am very excited about being a part of Bombairiya. It is a special script and the writing is unique. The irony of the journey from Delhi Belly to Bombairiya is something that I have only just registered. I suppose it's quite special being associated with the top two cities of India. I'm not a trained actor but being on the other side of the camera has been an amazing experience. Pia is a great director and is very clear about her vision. She knows what she wants and she knows how to get it from her actors."