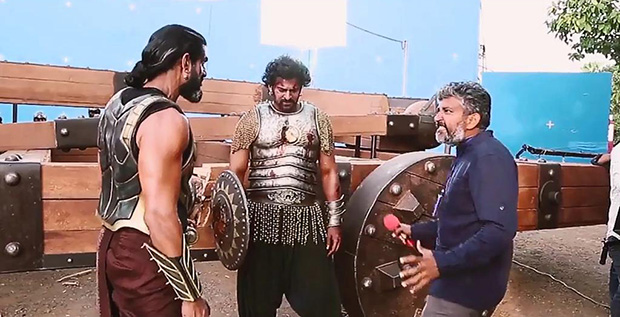 Baahubali 2: The Conclusion, without a doubt, has been the biggest movie till date with some record-breaking box office collections. With its release in April 2017, the film not only broke many records on the domestic front but the film was also widely appreciated worldwide.

Almost five months since its release, we have something for the fans to relive those fond memories. We came across a photograph from the sets of the film, back in the day, when they were shooting at Ramoji Studios in Hyderabad. It features director SS Rajamouli explaining the climax scene to Prabhas and Rana Daggubati.