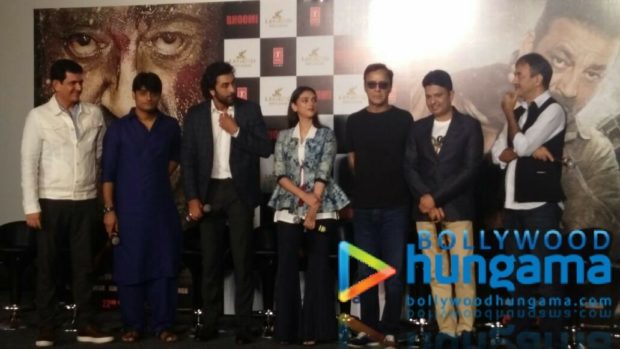 Sanjay Dutt and Ranbir Kapoor have become the new best friends of Bollywood, it seems. They always knew each other since a long time as both hailed from film families. What brought them closer was also the fact that Ranbir Kapoor is going to play Sanjay Dutt in the biopic being directed by Dutt’s very favourite director Rajkumar Hirani. 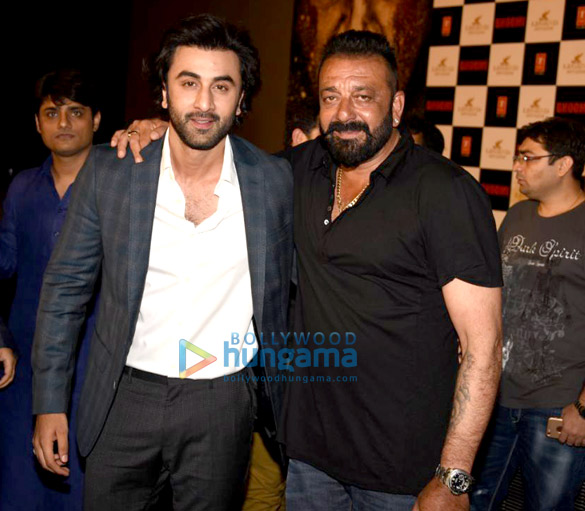 The friendship has become so strong that Ranbir Kapoor did what he hasn’t done for any other actor. He attended the trailer launch of Sanjay Dutt’s comeback film Bhoomi today. The pictures show the reel and real Sanjay Dutt looking very comfortable in each other’s presence. Ranbir Kapoor’s hairstyle is similar to what Sanjay Dutt had at one point and it was obviously because he’s currently shooting for the biopic. 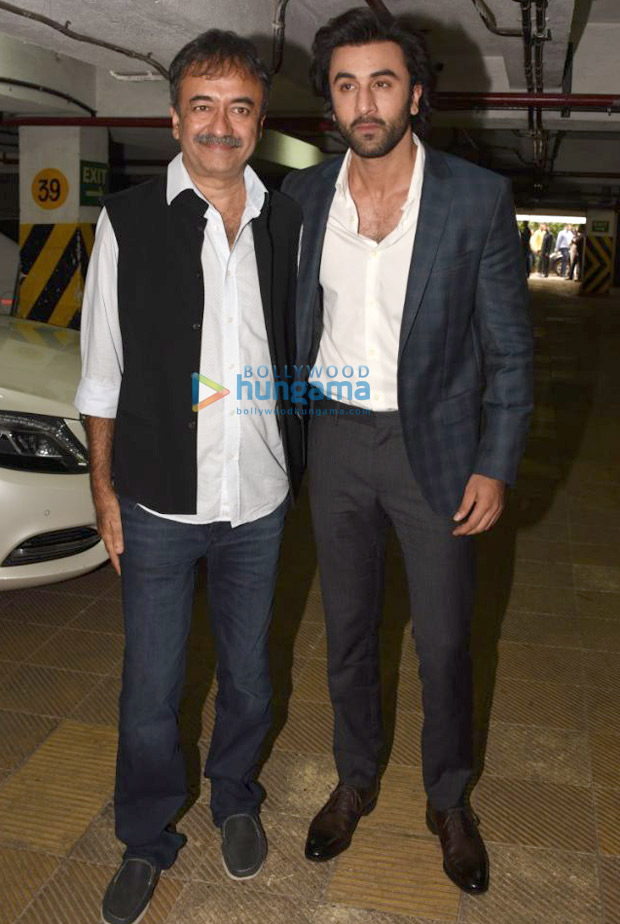 Also present at the event was Rajkumar Hirani. The director used this opportunity to pose with Ranbir Kapoor and also to give his good wishes to Sanjay Dutt.

Bhoomi also stars Aditi Rao Hydari and Shekhar Suman. It is directed by Omung Kumar and is all set to release on September 22.