Last Updated 12.08.2020 | 8:50 PM IST
feedback language
follow us on
Home » News » Bollywood Features News » Bollywood News WOW! Mira Rajput oozes elegance and hotness in her new ethnic avatar and we are definitely in awe of her 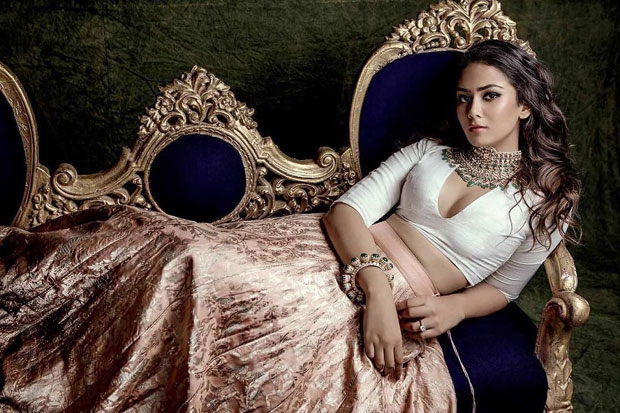 Recently the ‘it’ couple Shahid Kapoor and Mira Rajput took the magazine world by a storm as they posed together for the cover of Hello! Magazine. While the two have never shied away from accepting their love for each other on social media, chat shows or public appearances, it wasn’t surprising to see the couple get lovey-dovey for the photoshoot of the magazine too. What the magazine also tapped on was a new side to Mira Rajput and we must say she is equally a star material like her husband.

It is a known fact that Mira Rajput doesn’t belong to the film fraternity but Shahid and Ms. Rajput hit it off since the first time they met during an arranged marriage setting. Now happily married and newly turned parents, Mira and Shahid came together for a cover after the last appearance on national television during the chat show Koffee With Karan earlier this year. While the cover featured the two of them dressed elegantly, the photoshoot of the magazine also included some solo pictures of Mira which has now caught our attention.

Like every dotting husband who is in love, Shahid Kapoor shared this pretty picture of his wife on Instagram and her avatar definitely took all of us by a surprise. Sporting an ethnic crop top and lehenga skirt with statement jewellery, Mira shined like a star in this sexy photoshoot. She has always accompanied in Shahid’s attempts to maintain a healthy lifestyle and we believe that the effect of the actress’ passion for fitness is quite visible in this recent photoshoot.

On the work front, Shahid Kapoor is gearing up for one of the year’s biggest release Padmavati in which he plays the role of Rajput King Rawal Ratan Singh with Deepika Padukone and Anupriya Goenka essaying the role of his on screen wives. The film is slated to release on December 1.