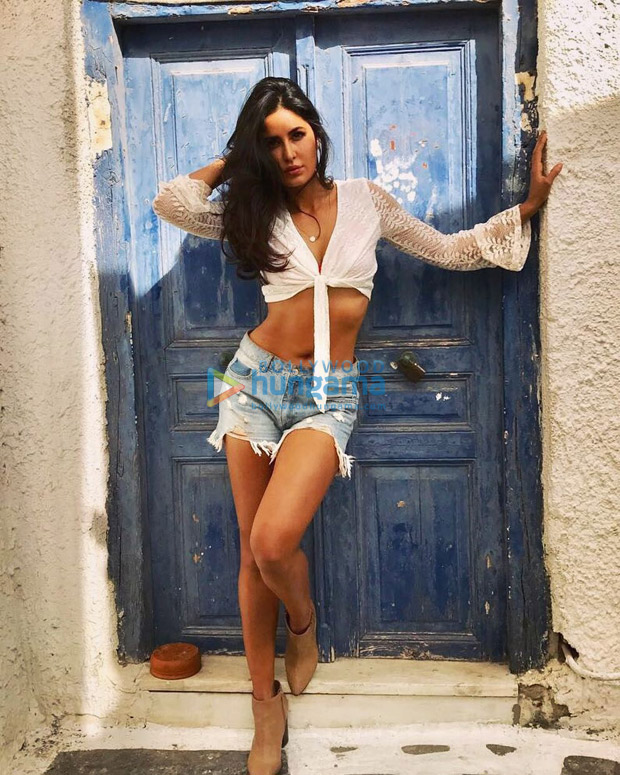 Beauty lies in the eye of the beholder, but when it comes to Katrina Kaif, her beauty is eternal. Be it in a traditional saari or a more contemporary gown, Katrina Kaif looks stunning each time.

The actress who recently made her foray into the social networking world has been taking over the internet one post at a time and seems to be enjoying her time in the sun. In fact, Katrina Kaif seems to have taken a liking to the image sharing site Instagram, keeping her profile constantly updated with images from her shoot. Doing just that, Katrina Kaif shared an image from one of her photoshoots that features her sporting a white crop-tied-top with denim hot pants as she poses against a door frame. Sharing the image Katrina Kaif added, “A very basic "door " pose ...”

Back on the film front, Katrina Kaif has been rather busy with the Ali Abbas Zafar directed film Tiger Zinda Hai that features her alongside Salman Khan. The said film which is a sequel to the previously released film Ek Tha Tiger is slated to hit screens this December. Post this, the actress will commence work on her next venture that will be helmed by Aanand L. Rai and will see her pairing up with her Jab Tak Hai Jaan co-stars Shah Rukh Khan and Anushka Sharma.