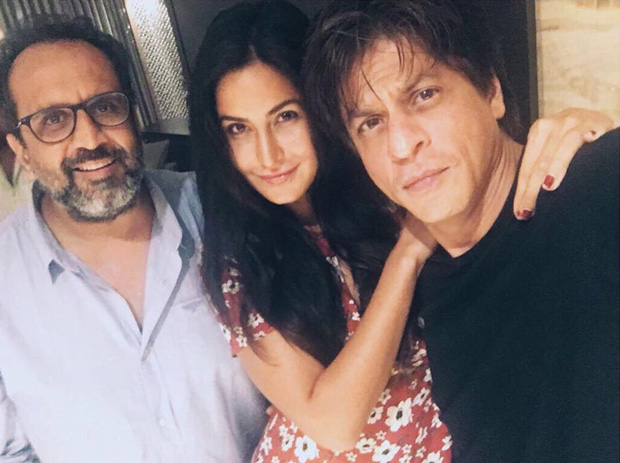 Post the debacle of Jab Harry Met Sejal, Shah Rukh Khan has begun shooting for Aanand L Rai's yet untitled film in which he plays the role of a dwarf. The film will bring back the Jab Tak Hain Jaan stars Shah Rukh Khan, Anushka Sharma and Katrina Kaif together.

After finishing Tiger Zinda Hai in Abu Dhabi earlier this week, Katrina Kaif is ready to kick-start her next film with Shah Rukh Khan. After 5 years, the actress will be reuniting with SRK on the big screen and is psyched to work with him and Aanand L Rai.

On Friday, Katrina Kaif shared a photograph with SRK and Aanand L Rai from her first day on set and wrote, “First day of shoot with the incredible Anand Rai and Shah Rukh Khan ( super excited to be shooting with him after 5 years ) …… here’s to putting our hearts and souls into creating a wonderful movie together …”

While Katrina Kaif has begun the shooting, Anushka Sharma is yet to start filming. Meanwhile, there is a lot of speculation around the title of the film but the director and actors are not revealing it yet.