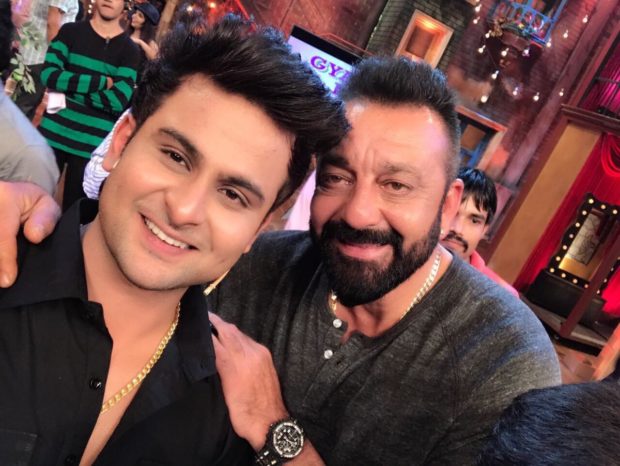 There are lot of talented comedians around. But Dr Sanket Bhosale stands out. The manner in which he flawlessly imitates Bollywood actors like Salman Khan, Farhan Akhtar, Ajay Devgn, Sonu Nigam and especially Sanjay Dutt has made him a household name. 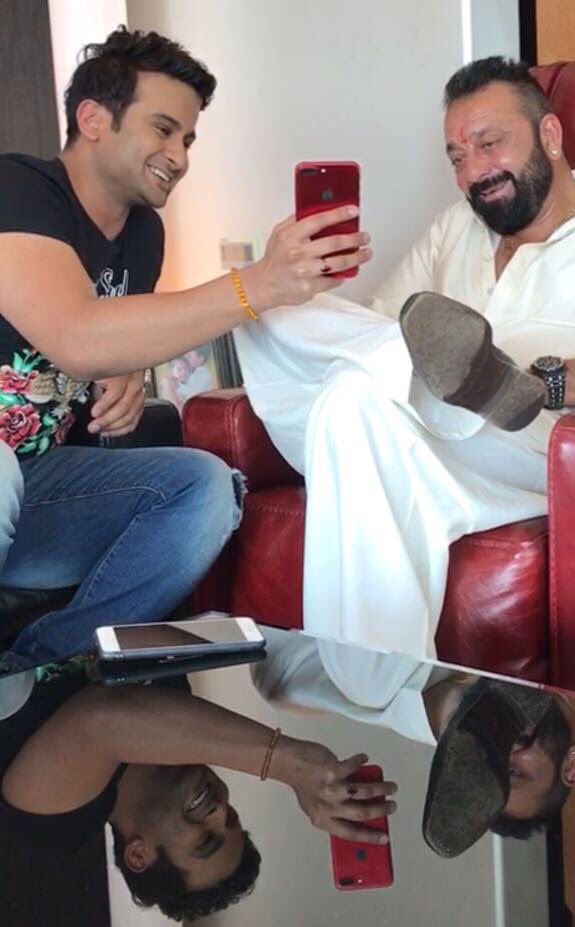 Dr Sanket Bhosale is currently working on the comic show ‘The Drama Company’. Sanjay Dutt, whose film Bhoomi is about to release on September 22, made an appearance on the show. And as expected, it was a great experience to see both the performers sharing screen space. Dr Sanket Bhosale went down memory lane as he narrated how he would copy his idol Sanjay Dutt’s hairstyle and hide it by wearing a cap in school. He admitted that it was surreal to meet the person that he has been following since childhood. He even went on to say that it was the best day of his life. Sanjay Dutt meanwhile was quite touched. He gave him a tight hug and said “Main bade hoke Sanket ka fan ban gaya.” 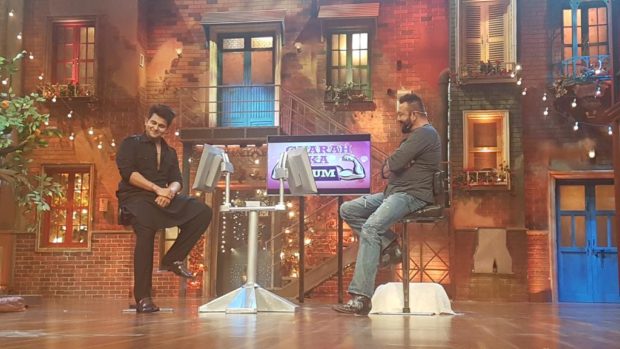 Dr Sanket Bhosale posted a lovely selfie on Twitter with Sanjay Dutt. The caption of the picture is, “The sweetest ... kind hearted .... the macho man! The orignal Rockstar @duttsanjay sir”. The second picture features Dr Sanket at the residence of Sanjay Dutt. Dr Sanket is showing something from his mobile phone to the veteran actor who in turn seems happy with it. Co-producer Neeti Simoes meanwhile gave a sneak peek of the highly awaited episode of ‘The Drama Company’. It shows Dr Sanket Bhosale doing a parody of the reality show ‘Kaun Banega Crorepati’ with Sanjay Dutt on the hot seat. Expect Dr Sanket to mimic Amitabh Bachchan and bring the house down!