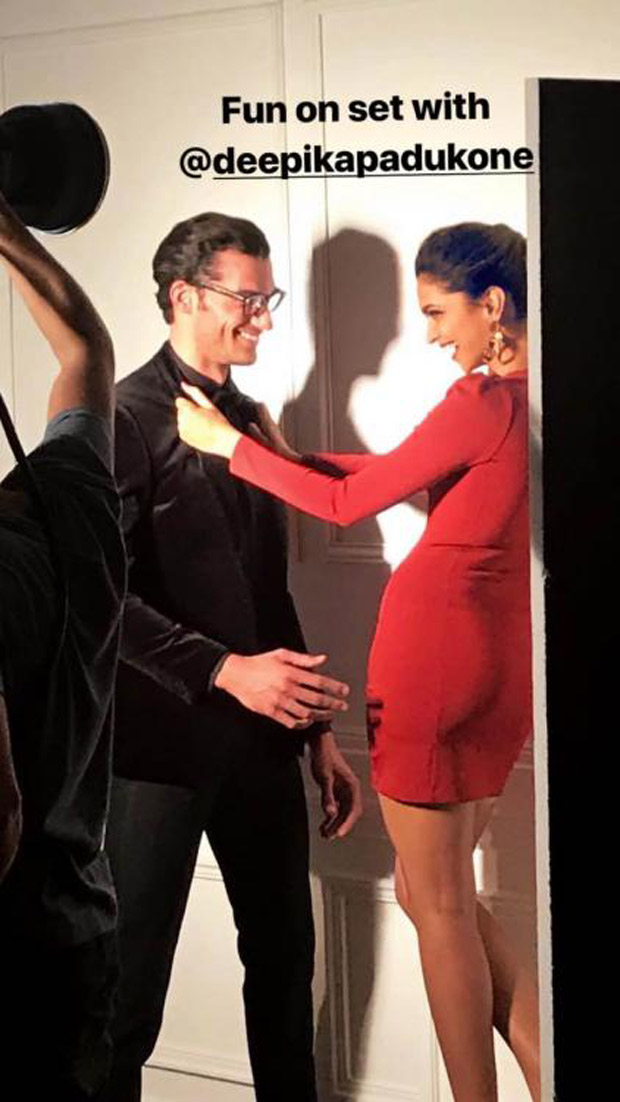 2018 will be an important year for Deepika Padukone. Her ambitious flick Padmaavat, that sees her in the leading role of Queen Padmavati, will finally release this year, on January 25. The film has faced a lot of protests but troubles seem to be withering away. The Central Board of Film Certification (CBFC) has passed the film and the Supreme Court is also expected to give a positive verdict in response to the banning of the film in Gujarat, Madhya Pradesh, Rajasthan and Haryana.

As for Deepika Padukone, she is honouring her professional commitments, while also waiting for Padmaavat to score at the box office. Two days ago, she left for Paris, France in style that too – her glamorous airport look was much talked about. She was seen as a badass cop on the streets of Mumbai while shooting for an ad before heading abroad. And now, she is rocking the French capital with her red-hot sexy avatar. Deepika Padukone was spotted shooting for ad campaign of a beauty brand that she endorses, possibly L’Oreal. Her red coloured dress looks great on her and also don’t miss her make-up. It’s also great to see her fooling around on the sets and flaunting her thousand-watt smile that has a fan following of its own! 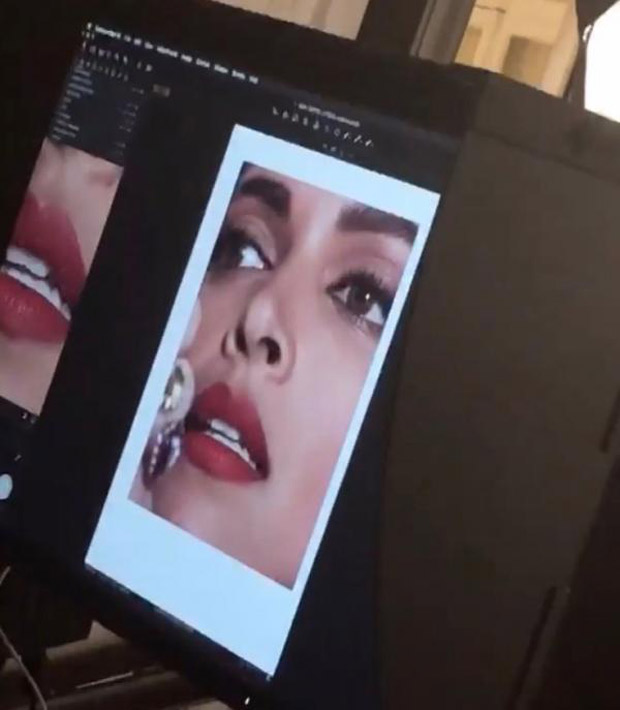 On the film front, Padmaavat releases next week and also stars Ranveer Singh and Shahid Kapoor. It is directed by Sanjay Leela Bhansali, with whom the hottie has worked in Goliyon Ki Raasleela Ram-leela and Bajirao Mastani earlier. Her next film is directed by Vishal Bhardwaj and is about the life of criminal Sapna didi. It also features Irrfan Khan in a prominent role.