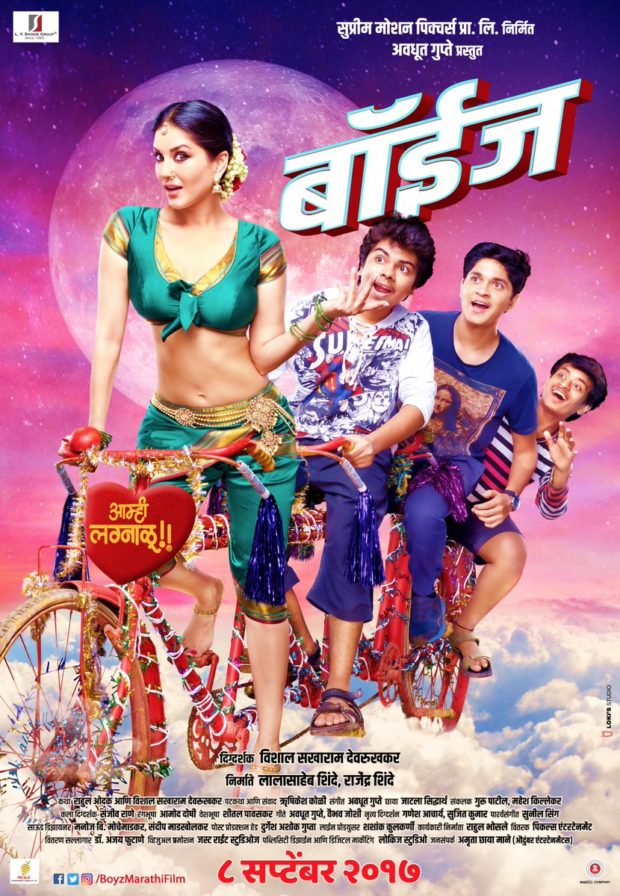 Looks like Sunny Leone is all set to become the number one queen of item songs. This year, she has already done three item songs. 2017 began with a bang thanks to her track ‘Laila’ from Shah Rukh Khan-starrer Raees. She then did an ultra-sizzling item song ‘Piya More’ in Milan Luthria’s upcoming action flick Baadshaho, which has stunned viewers with its sexiness. A few weeks later, her item song ‘Tripy Tripy’ was out from Sanjay Dutt’s comeback action flick Bhoomi.

And now Sunny Leone will be seen in her record fourth item song of the year in the Marathi film Boyz. It’s a mix of two old songs, ‘Mera Babu Chailchbila’ and ‘Kutha Kutha Jayacha Honeymoon la’ and is sung by Sunidhi Chauhan. Ganesh Acharya, who choreographed the said track, revealed that Sunny Leone has done lavni moves in the song and to get it right, she watched the original ‘Kutha Kutha Jayacha Honeymoon la’ version in the 1980 Marathi film Fataakdi which featured Rekha. Sunny Leone loved the traditional Marathi attire and realized that she looked beautiful in it.

Director Vishal Devrukhkhar said that before finalizing an actress for the item song, they did a survey to figure out the favourite fantasy female among the young boys. An overwhelming majority, he claimed, mentioned Sunny Leone’s name. That’s why how they got her to perform on this Indo-western item song.