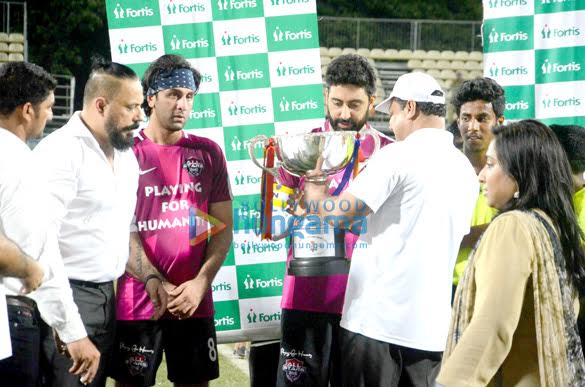 They are popular names in B-town, but, co-actors Abhishek Bachchan and Ranbir Kapoor are equally passionate about football as a sport. Earlier, we had mentioned that their ‘All Stars Football Club’ (ASFC) were more than happy to take on the ‘Armed Forces CISF’ on the football field and the match we hear, saw the Bollywood team emerging victorious.

Reportedly, the ASFC team won the Cup this time in this friendly football match. Let us remind you that previously, we have seen the Bollywood team take on many teams for charity and fundraising purposes. This time round, they decided to participate in the match since it is part of Prime Minister Narendra Modi’s ‘Mission XI’ campaign that aims at encouraging the younger generation in indulging sports. It is also a part of promotions for the forthcoming ‘Under 17 FIFA World Cup’ which will be held in India. 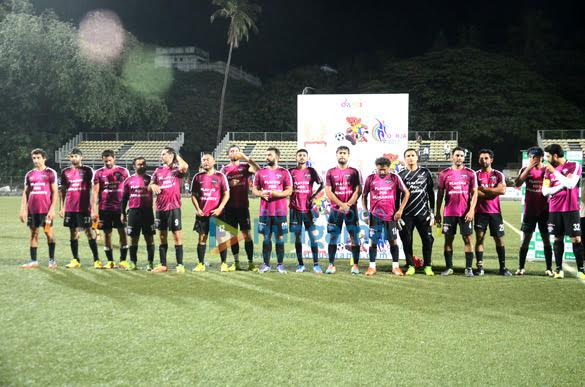 Bunty Walia’s ASFC team includes some prominent names from the industry like actors Shabbir Ahluwalia, Dino Morea, Jim Sarbh and Vivian D’Sena, Ranbir Kapoor as the vice-captain along with his cousin Armaan Jain, director-producer Shoojit Sircar, Shilpa Shetty’s entrepreneur husband Raj Kundra as well as producer - entrepreneur Sachiin Joshi among others. Abhishek Bachchan is the captain of the said team.

Last time, we had also mentioned that many such matches will be held between July and September before the ‘Under 17 FIFA’ which will kick start in October.