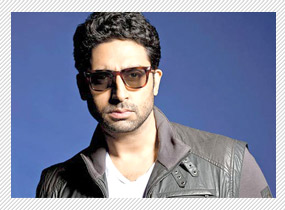 Abhishek Bachchan spent his birthday on Tuesday doing what he does every year, shooting at Film City.


By an uncanny coincidence, Abhishek has been shooting and that too at the same venue, for all his birthdays during the past five years.


After pack-up in the evening, Abhishek spent a quiet evening with the family, parents' wife Aishwarya and baby Aaradhya.


Says the friend, "This time there was no celebration as Abhishek's friend Sikandar's father had passed away. But this birthday was special since Aaradhya was aware it was her father's birthday and she was very excited."