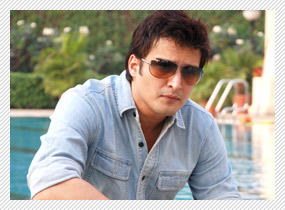 It's been 16 years since Jimmy Sheirgill made his debut with Gulzar's Maachis. Since then this versatile actor has been impressive in films like Mohabbatein, Munnabhai MBBS, Yahaan, Haasil, Lage Raho Munnabhai, Eklavya, A Wednesday and Saheb, Biwi Aur Gangster to name a few. Jimmy is now looking forward to Special 26 where he re-unites once again Neeraj Pandey (the director of A Wednesday). In this exclusive chat with Bollywood Hungama's Nikhil Ramsubramaniam, Jimmy talks about his character, the experience working with an ensemble cast, and how he's literally seen directors like Neeraj Pandey and Tigmanshu Dhulia grow in front of his eyes. Read onâ€¦

So tell us something about your character?
I play Sub-Inspector Ranveer Singh, who is part of the Delhi Police in the 80's. He is a new guy in the force and is very enthusiastic about proving his worth and as luck would have it in the beginning itself he gets taken for a ride by this team of tricksters who con him. He is now out to nab them and take revenge. So it's a very interesting character.

How's been the experience working with an ensemble cast of superb actors like Akshay Kumar, Manoj Bajpayee and Anupam Kher?
It's been a brilliant experience. I've worked with Kher saab in many films including A Wednesday as well. This is the first time I got a chance to work with Akshay though. Manoj, as we all know, is also a fantastic actor. When you have a great team working on a great script, headed by a great director, the whole experience becomes really memorable.

The promos of the film are focusing more on the trio of Akshay, Manoj and Anupam. Does that bother you?
I don't worry about these trivial things. I don't get into such things that are decided by the marketing team keeping in mind the best interests of the film. I am just happy and proud of the fact that I am a significant part of a wonderful film like Special 26.

What growth do you see in Neeraj Pandey as a director?
He's been pretty much the same. I say that because right from his first film he has been in complete command of the script, the story and the characters.

You have your own set of loyal fans but they do get disappointed seeing you doing films like Dangerous Ishhq and Rajdhani Express. What do you have to say about that?
I must have had certain reasons for doing those films and I don't want to get into that. But rest assured they will now see me in some quality films like Special 26, then Saheb Biwi Aur Gangster Returns, my Punjabi film Rangeeley and Tigmanshu's Bullet Raja.

The promo of Saheb Biwi Aur Gangster Returns does look exciting, is it a proper sequel in the true sense of the term?
Yesâ€¦we are starting the film from where we left it last time so my character is in the wheel-chair if you recollect. It was very difficult and challenging to play a character who is handicapped and to be able to portray the built up frustrations convincingly especially considering Saheb has always been a powerful and authoritative character. This time we have Irrfan playing the gangster which is a bonus. It's one of the best promos indeed and I am looking forward to the release of the film in March.

Tell us something about Bullet Raja. What's it all about and how was it working with Saif Ali Khan?
Bullet Raja is a full on masala film done in Tigmanshu Dhulia style. It's about friendship, love, betrayal and has a lot of action. It was great bonding with Saif. We've worked in the past briefly in films like Hum Tum and Eklavya but didn't get too much time to really bond but this time we were together for over a month in Lucknow so it gave us a good opportunity to chat and get to know each other really well. When you have a director like Tigmanshu half the job is done.

Tigmanshu Dhulia is now finally getting his due as a director of repute. As someone who's been working with him regularly since his first film Haasil, how happy are you for him?
I don't think anybody could be happier for Tigmanshu than me. I've always said he is one of the finest directors we have and I am glad that now everyone else too is taking notice of the same. I am also happy for Irrfan and the success that he has achieved. We guys go a long way back in time.

Finally you are also really rocking it big time in Punjabi cinema. How are you enjoying that experience?
Punjabi films are doing very well commercially not just in North India but also overseas in Australia, New Zealand, U.K., Canada, North America etc. But I am not in it purely for the commerce. After I did my first film with Mannji (Manmohan Singh), the emotion got to me and I felt it's my duty to do Punjabi films as well since I am a Sardar from Punjab. Every year I am going to try and do one good Punjabi film and luckily almost all of them that I've done till date have been successful. I've also co-produced 3 films with Eros and my next Punjabi film is Rangeeley in which I am starring with Neha Dhupia.