For the first time ever, the show hosted by Neha Dhupia, Vogue BFFs will see late Sridevi Kapoor’s daughters Janhvi Kapoor and Khushi Kapoor making an appearance together. The sister duo, who have been quite thick with each other since their childhood, will be discussing on many topics which will also include Khushi’s obsession with tattoos and Janhvi’s relationship status. 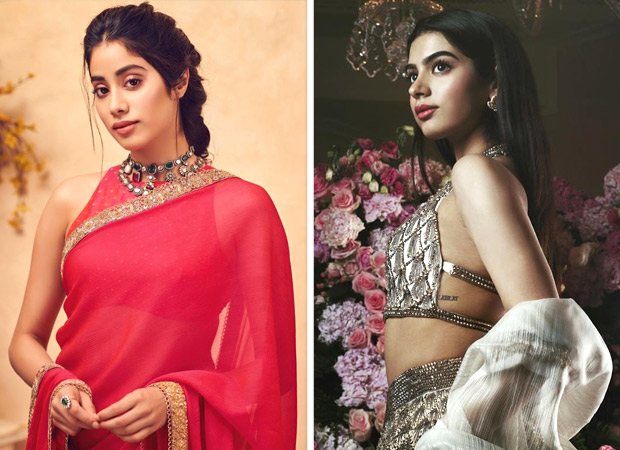 During the shoot of this episode of Vogue BFF, Neha Dhupia reportedly had a gala time shooting with the two Kapoor ladies. While Janhvi Kapoor has already made her Bollywood debut with Dhadak, Khushi Kapoor is expected to be entering the industry soon. Besides showcasing their sister camaraderie, the discussion also shifted to Khushi’s obsession over tattoos wherein the star kid revealed that she has as many as three on her body.

While we got a glimpse of her tattoo in a fashion show earlier where she had inked the date of birth of all her family members in Roman numbers, she has another tattoo of her best friend’s name. If that wasn’t all, the young Kapoor girl has a third tattoo on her lower back which says, Khud Ki Raah Banao. But we hear that she is quite embarrassed about this one!

Although Khushi loves getting inked, it is quite the reverse for her elder sister Janhvi Kapoor. Reports have it that the former revealed that her sister is too chicken to get inked. Apart from this, Neha Dhupia was also quite keen on knowing about the Dhadak actress’ relationship status but the latter tried to dodge it by calling it a tricky question. However, the protective sister Khushi quickly added to it that her sister is quite boring and single!

Also Read: Janhvi Kapoor and Khushi Kapoor are raising temperatures in Barcelona with their winter looks