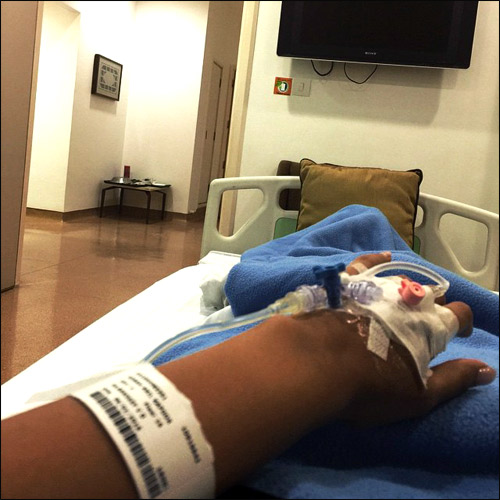 Sonam Kapoor, who has fast become the fashionista of the film industry, was admitted to the Kokilaben hospital yesterday evening. The actress whose recent release Dolly Ki Dolly did average business at the box office was admitted to hospital after contracting a respiratory infection.

Apparently, Sonam Kapoor contracted the infection while shooting for Prem Ratan Dhan Payo that also features Salman Khan. After being hospitalised, Sonam posted a picture on twitter of her hand with an IV tube saying, "Hate being sick".