Last Updated 04.04.2020 | 9:00 PM IST
feedback language
follow us on
Home » News » Bollywood Features News » “I do wish sometimes that I could be friendlier with my father”, Ranbir Kapoor on his relationship with Rishi Kapoor 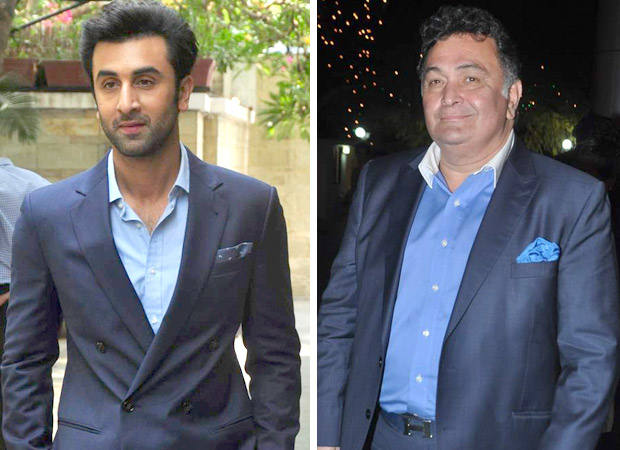 In the era of memoirs, Rishi Kapoor's recently released autobiography named ‘Khullam Khulla: Rishi Kapoor Uncensored’ has already created quite a buzz amongst the fans. Even before the release, some excerpts from the book were quite shocking. The book, which is penned by Rishi Kapoor with Meena Iyer, has an entire episode dedicated to his relationship with son Ranbir Kapoor.

Everyone is aware of the fact that Rishi Kapoor and Ranbir Kapoor don't have a friendly relationship. The father-son duo is very formal just like how Rishi's relationship was with his father Raj Kapoor. They maintain a line of respect that none them likes to cross. As Rishi's book has officially been launched earlier this week, Ranbir Kapoor has written a foreword for the book in which he shares some details about their relationship and why he would never be a father like his dad.

Talking about being close to his mom Neetu Kapoor and never crossing a line with his dad, Ranbir writes, “I am closer to my mother. I feel that Dad modelled his relationship with me on the one he shared with his own father. And it is true that I have never crossed a certain line with him. But, there is no sense of loss or vacuum here. I do wish sometimes that I could be friendlier with him or even spend more time with him.”

Ranbir further talks about how he wants his relationship to be with his kids and would want to spend more time with them. “Sometimes I wish I could just pick up the phone and ask him, ‘Dad, how are you doing?’ But we do not have that. We do not have a phone relationship. When I get married and have children, I would want to change that dynamic with them. I don’t want my relationship with my children to be as formal as the one I have with my father. I want to be friendlier, be more connected, spend more time with them than he did with me,” he writes.

The Kapoor father-son duo may not have a friendly relationship but that does not mean that Ranbir does not respect his father. He calls him one of his major inspirations and loves him dearly. “I love my father dearly and have immense respect for him. I’m inspired by him and never want to let him down. I know he has only my best interests at heart. He also takes care of the financial side of my work. So we are more connected now. His confidence in me and my work makes me take pride in it. I persevere that much harder because of this. His belief and his encouragement are important to me,” he writes in the book.

Everyone knows that Rishi Kapoor is outspoken and never fears from making controversial statements on twitter or in public. While Ranbir is not on social media, he does know his father's presence on the social media platform and called him a 'straight arrow'. “I do not have a take on his Twitter personality. All I can say is, so long as he is being honest and having fun, it’s his prerogative. Social media is something very personal. Of course, he gets himself into a spot sometimes with his frank speak, but I know he has no agenda and no hidden motive. My father is a straight arrow,” he writes.