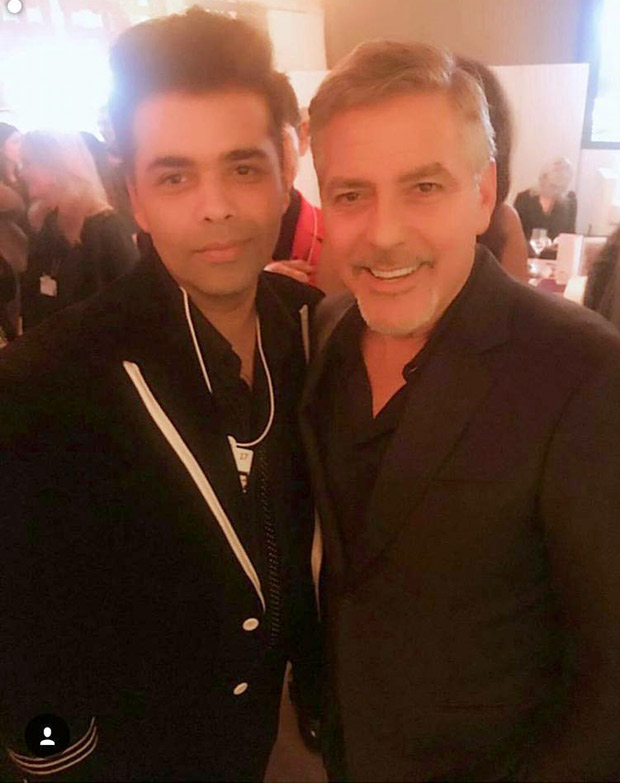 Karan Johar is one of the most influential people in the country. The filmmaker has been invited to attend the 47th World Economic Forum in Davos, Switzerland. It is an annual event where some of the world's most influential business, political and cultural leaders come together to network and attend several sessions.

While Karan Johar is enjoying the snowy Switzerland, he also got a chance to meet Hollywood superstar George Clooney. George and Amal Clooney attended the Women of Impact dinner hosted by publisher Tina Brown (and co-hosted by Credit Suisse) where Karan got a chance to meet him. He sure had a fan moment meeting George who looked dapper in a tux. Sharing a photo, he wrote, "#Davos #worldeconomicforum #georgeclooney."

The three-day forum will end on January 20. Besides this, Karan Johar recently launched his biography ‘An Unsuitable Boy’ co-authored by Poonam Saxena in which he talks about his journey in the film industry.