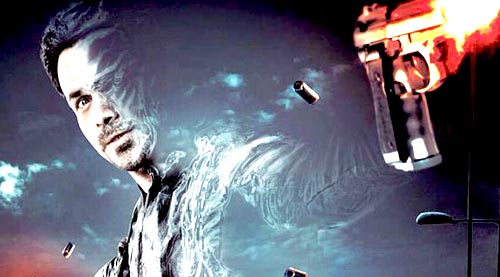 Mr. X is up for release and if things go as per plan, Bhatts may well kick-start a new franchise that explores quintessential Bollywood romance with some technical wizardry on display. Meanwhile, Mahesh Bhatt is boisterous as ever in this yet another offering that comes from the house of Vishesh Films, which, he and his brother Mukesh have painstakingly built over last three decades. While Vikram Bhatt and Emraan Hashmi are returning with him as a team after Raaz 3, there is a new inclusion in the form of Amyra Dastur. The pretty girl impressed those who saw Issaq, and is now returning to Bollywood after a sabbatical.

So how do Mahesh and Mukesh Bhatt manage to keep their confidence intact in newcomers?

"Well, everything needs to come together and you need to put in effort to make that happen. In case of Aashiqui 2, Mohit Suri along with the magical musical team and the writer delivered a phenomenal success. Then, the world at large saw that we had the capability to oscillate from one end to another. This happened again with Citylights which was a path breaking film. In fact, it is one of the best films that were made last year. I am very proud to say that even in satellite world, we make money unlike movies of a particular kind which end up losing money in spite of all the praise. We manage both - moolah as well as praise," says Mahesh Bhatt.

Now, Mr. X is yet another new affair from his team. So, does the reinvention work at Vishesh Films, something which has turned out to be the production house's forte over last three decades?

"The change that you are hoping to bring in your own organization takes place very subtly and at times very overtly. As a matter of fact, the change began way back with Aashiqui 2 that itself was an unusual and different kind of film for us. It came after we were consistently delivering movies of particular kind that had their theme in erotica and horror. And, then we came with a tearjerker with newcomers that had a somber end. It had actors who were in fact written off as stillborn babies," says Mahesh Bhatt.

He goes on to add, "Now we have different films like Mr. X and Hamari Adhuri Kahaani. The reinvention is a continuous and ongoing process. It is not one particular film with which reinvention begins."

Well, this is where one truly hopes that Mr. X indeed adds on to the reinvention and gives audience something spectacular. That is indeed the need of the hour.