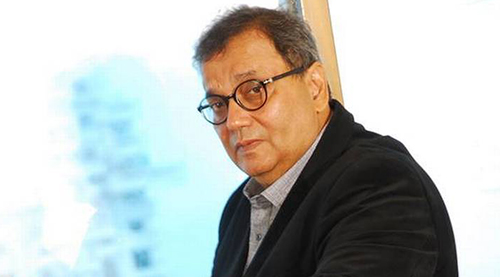 If remakes have a less than thirty percent chance of success generally, with Subhash Ghai's cinema, it is, clearly, even less. So what is it about his classics that they do not bear remakes?

Karzzzz, produced by T-Series with due license from Karz director Subhash Ghai, was a disaster in 2008. Hero, produced by Salman Khan and Ghai himself has collected a mere Rs 21 crores in its opening weekend and the overwhelming majority of reviews as well as audience opinion is negative, suggesting that the film is headed downwards. Of course, with the slim budget and the two-film (package) deal reportedly struck between Eros and Salman Khan Films, the huge profits from Bajrangi Bhaijaan will make Hero a safe proposition despite the poor footfalls.

Ahead of their times

Both Karz and Hero were movies ahead of their times, and universal in appeal. Let us analyze.

Karz was a smart adaptation and Indianization of The Reincarnation Of Peter Proud (1976), the Hollywood thriller. Ghai went on to really exercise his cerebral faculties in developing the idea in an Indian context, giving it the ideal happy ending unlike the dark culmination of the original.

He cashed in on the rebirth theme, a hit with Indian audiences through decades, and used his flair for music to convert the present incarnation of the hero into a pop singer. The film was launched in 1978, a year after Rishi Kapoor had excelled in Western song and dance in Hum Kisise Kum Naheen, and Ghai signed Laxmikant-Pyarelal, with whom Rishi had a great track-record, to score the kind of music that was considered R.D. Burman terrain. He went abroad to watch live shows and music videos that were hot there. He even recorded the chartbusting 'Om Shanti Om' in 4-track Stereo, a first in India, and made the film in the widescreen grandeur of Cinemascope, then just coming in as a trend.

Into this already-hot cauldron, Ghai smartly added Indian masala - emotions, in a heightened form than ... Proud.

This technically ahead-of-time film, yet, became a city film, that did well in Mumbai and a couple of other places and not too well elsewhere. But with the music becoming a rage, the film gradually won over audiences in re-runs and finally became a cult film. Six film titles (Dard-E-Dil, Ek Hasina Thi, Aashiq Banaya Aapne, Main Solah Baras Ki, Paisa Yeh Paisa and Om Shanti Om) were derived from five songs and the last-mentioned film used footage from the Ghai movie, a similar climactic song and the same idea of a reincarnated man taking revenge and also became a blockbuster 27 years later!

It is presumably this that prompted Himesh Reshammiya (then at the start of his actor-singer-composer trip) to play the singer. Subhash Ghai green-lit the idea-and a flop was born.

The reason was very clear: miscasting of the hero, the murderess and all the principal characters, a meandering, music-heavy script and direction sans lack of ambition. The music too was not up to the mark, nowhere close to L-P's epic score, and the general reaction to Himesh playing the intense avenger ranged from completely negative to people asking derisively how he could compare himself to Rishi Kapoor!

And the film was released too soon after Om Shanti Om as well, which starred the then-Numero Uno Shah Rukh Khan, and had better music!

Hero, too, was a slow starter in 1983 despite the music becoming huge even before the film hit the marquee! But its treatment was bold, quasi-realistic in the right scenes and larger-than-life in the others. Even before the film released, the nation was humming 'Tu Mera Jaanoo Hai' and 'Pyar Karnewale Kabhi Darte Nahin'. But on day three or four, Ghai told Jackie Shroff that the film had flopped.

After this, in the true pattern of such movies, it picked up and ultimately ran for over 50 weeks, completing 100 weeks in matinee shows. It was difficult to explain what worked most, Jackie Shroff's magnetic charisma and his glove-like fit to the character, the music and even more so the lyrics ( 'Lambi Judaai' is cult to this day) or Ghai's dynamic script and direction that showcased his peak-time, showmanship-high cinematic vision.

And as the new Hero so graphically shows, excellence cannot be created forcefully. It needs dedication, secure and focussed talent- and calculation only to the extent of what can enhance the calibre of the film, not its perceived commercial quotient. Sooraj Pancholi and Athiya Shetty are both star-kids, and star-kids are someone at whom the audience looks with 50 percent pre-acceptance and 50 percent pre-suspicion!

What's more, they were handicapped by a poor script and lacked the star-charisma of Jackie or Meenakshi Seshadri. Action and VFX that seemed misplaced outside South Indian films or Salman Khan, and a mix of inferior ingredients by Nikhil Advani, the director who had little touch either with Indian audience roots or the original Ghai film, finally led to a supreme mess. Nikhil reportedly stated that the music of the original was "not well-known" (!!), but his final result was a musical recipe in which only the Salman Khan-rendered title number was recalled-for just the hook!

In short then, Ghai's cinema has been remade because of its cult quality, and that was generated by its excellence in all departments when the legendary filmmaker was at his creative peak. This is proof beyond doubt that to remake such cinema and adapt it to current times, monumental talent and vision is needed in the captain of the ship besides the producers, financiers, music makers and artistes. The originals are known and watched by audiences even now and the new one must measure up in all the key areas for the less-forgiving audience today!


Note how even Ghai's Kalicharan came a cropper when rehashed as Jhutha Sach way back in 1984, though Ghai himself did a great job of reworking Sholay as Karma!

And so we have our apprehensions even about Ram Lakhan, despite the talented Rohit Shetty as director. If a normal script should score 10 of 10, a Ghai remake must score 15 of 10 at base-level, with execution to match, and Rohit and Karan need to lose lots of sleep over this film to later laugh all the way to the bank-because we must feel the final effort worth our money and time!

After all, Ghai's peak-time cinema is epic. And epics happen and cannot be designed!