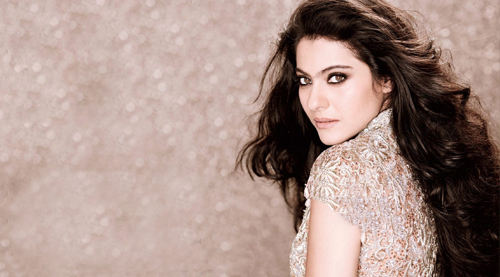 "I've always been an intolerant girl," said Kajol as she endorsed the motion at the Telegraph National Debate at the prestigious Calcutta Club on March 6, 2016. The subject was

Court, Ashok Ganguly, Congress leader Randeep Surjewala and renowned journalist Barkha Dutt. The topical subject that has been an aggressive talking point in the entire country for the last six

months demanded seriousness. But Kajol was clueless of what was expected of her. Her speech left the audience and the panelists open mouthed with her absolute lack of understanding of what was

expected of her. Kajol said in the beginning of her address that the last time she participated in a debate was when she was in the school. We strongly feel that after this misadventure at the

Calcutta Club she shouldn't bother to debate. Ever.


Kajol said that she will talk about how she has been intolerant all her life. She spoke about how she tolerated the nuisance value of Shah Rukh Khan in Dilwale Dulhania Le Jayenge. She went

aisa hi hoon' attitude of Ajay Devgn in Pyaar To Hona Hi Tha and this time she went ahead and married him in real life. In a strange twist of fate, Kajol oscillated between reel and real

life. She included her mom Tanuja and Bengali legendary actor Uttam Kumar to establish her point.


It was clear that Kajol was totally at sea in front of an august panel and a refined audience. She gave another example of naivety when she said that social issues and politics shouldn't be

interlinked. If politics wouldn't stem from society then what purpose is politics supposed to cater to? When Anupam Kher in a high voltage filmi manner arrogantly ripped into senior Supreme Court

India. After seeing her failed attempt at public speaking in Kolkata, one can pardon her faux pas in Jaipur but yes it is advisable that she should strictly stick to acting and advertisements where

she is surrounded by good script writers. And yes, whoever wrote her script for the telegraph debate ought to be fired at the earliest!