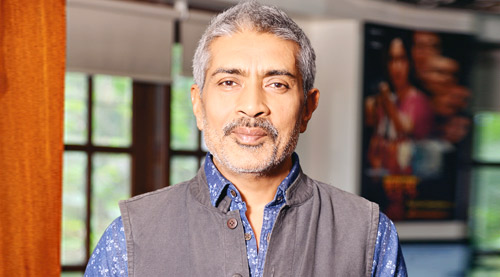 Being behind the camera is a huge task and every film is a director's baby. But whilst every director tends to their respective 'baby' with affection and love, at times, they fail to realize that they may be over obsessive about it to the extent that they probably don't trust anyone beyond themselves. May be Prakash Jha was going through the exact same phase when he decided to make his acting debut post his 60s in Jai Gangaajal.


The film which supposedly starred Priyanka Chopra as the leading lady, probably had a tad overdose of Prakash Jha's debutant acting skills. Whilst the first half had a decent portion of Priyanka Chopra and her sincere and honest cop act, the second half seems to belong to Prakash Jha all the way. We wonder if this was his way of punishing Priyanka who had to miss out on the promotions of the film considering her Hollywood commitments. Jokes apart, it is time that we realize that though we ape Hollywood when it comes to official remakes or so called inspirations derived from them, when it comes to writing roles for elderly actors, we are yet to learn those tricks of scriptwriting and plot making. Even superstars and megastars require roles that justify their presence in a film. Though we do not deny the fact that Prakash Jha's act as an senior cop is fairly convincing, sitting through a film which was ideally on a strong woman police officer kicking some badass and instead getting to see a 60 something cop turning from a bad to a good human being is disappointing.


If one remembers the Ajay Devgn starrer Gangaajal, how many of us actually think of Gracy Singh playing his wife? Hardly anyone would even be aware of that. But it seems that this time around, Prakash Jha did not bother about the audience but instead wanted to project his acting skills by bagging the meatier role. In fact, Priyanka Chopra herself seems to have offered the meatier part to her director on a silver platter, out of faith may be, so much so that she even decided to follow film cliches on police which includes arriving late at the crime scene and so on, allowing Prakash Jha to take up all the action. But that definitely hasn't gone down well with the audience. Since PC's fans were excitedly flocking the theatres, more than happy to see their favourite star playing the leading lady, they obviously did not expect to sit through an extensive Prakash Jha act. We may also call this Priyanka's gurudakshina for Prakash Jha as she tries to underplay like the Ekalvya.


But we wonder if it is only the audience who felt cheated? Distributors who were banking on Priyanka's name, considering she is now also an international star, would have got a shock of their life to see Prakash Jha as their leading man since they definitely did not sign up for that.


This over obsessive behavior continued even during promotions. In fact, when a particular journalist pointed out about the lack of promotions of Jai Gangaajal, Prakash Jha quickly responded stating that Priyanka Chopra may not be present but the promotions are on. Whilst everyone who follows Bollywood closely are aware that the actress has too much in her platter including TV series and her own production, we now realize the meaning of his response. We were blinded by too much of Priyanka Chopra all over the posters as well as trailer to see the fact that the 'leading' cast of Jai Gangaajal was actually present at the promotions - Prakash Jha, the director, the producer and the actor of the film.


The effect of this one man army named Prakash Jha has obviously reflected in the box office figures too. And as for Priyanka Chopra, we just have one advice for her - please continue 'Quantico' and Baywatch until you find a better Bollywood film.