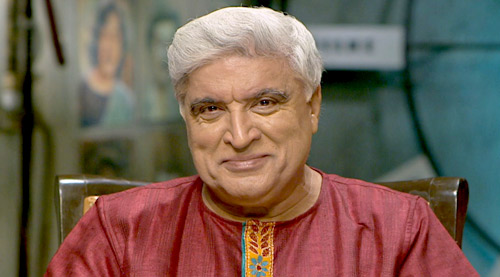 "This is a huge loss. I knew Nida Fazli very closely. I have a great respect for him. He was a very original thinker. All the anthologies of the 1960s and 1970s invariably mention him with respect and affection. He was one of my father (poet-thinker Jan Nissar Akhtar)'s protÃ©gÃ©s. He spent a lot of time with my father. He was very close to him so I inherited Nida Fazli. We became friends and when I started writing poetry he was definitely one of those seniors who encouraged me. Nida was a poet with a highly original mind and style, and he practiced a highly unorthodox approach to poetry. His poems express thoughts that have not been expressed before. His language was accessible to both Urdu and Hindi speaking people. Nida Fazli's language was a bridge between Urdu and Hindi. His poems are deeply rooted to the Indian poetic heritage. He could dig deep into the ancestry of poetry. He could make a connection not only with Mir Taqi Mir or Mirza Ghalib he could find a link with Tulsi, Kabir and Mirabai also.

Unhone dohe bahot likhe hain (he wrote a lot of couplets).The language that he used was neither Hindi nor Urdu. It was Hindustani. I don't think he has written too many film songs. His contribution goes way beyond cinema. He avoided clichÃ©s in his poetry. He refused to conform to set patterns and would not say in his poetry what had already been said. Who koi nayi baat lekar aate the (he used to emerge with a new thought). I met him last in Goa a month back where both of us had gone to attend a wedding. He was in fine health. We shared some valuable conversations and thoughts. Who was to know it would be our last meeting?"