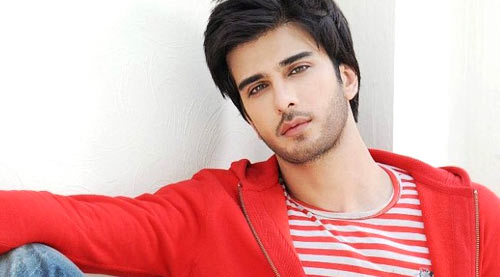 'Der aaye durust aaye' - This could well be true for Imran Abbas who, after knocking the Bollywood doors for last few years, is finally making his big screen debut with a prestigious film. As Bipasha Basu's co-star in Vikram Bhatt's Creature, he has managed to earn a debut that would be in the wish list of many a youngster. However, the lucky guy here is Imran Abbas who has traveled between Pakistan and India to make sure that the film is shot on time and then promoted well too before hitting the screens.

How has your equation worked out with Vikram?
When I watch his previous films like Kasoor, Raaz and others, he is always trying something new. I give credit to such people who explore themselves through different genres, case in point being Steven Spielberg who does something different in each of his movies. Someone is at least making an attempt to change the past and create new kind of cinema. As for my working equation with Vikram, it was very good as I feel very comfortable with people who have a good sense of humor and are intelligent enough that you can completely rely on him as you are sure they won't make a blunder. I admire Vikram as he used to keep us charged up all the time. This way it became very easy to work for 90-95 days as you get a very friendly and comfortable environment.

“We had to imagine the Creature during shoot” – Imran Abbas

Were you as comfortable working in a set up that had a 'Creature' as a villain?
Well, this is what we are paid for, isn't it (smiles)? Whenever you act, you need to feel that's it coming from within, whether its fear or love. Yes, it was more difficult for this film in particular as the object was not there and there was just space between me and Bipasha where I had to imagine a 'Creature'. For that, I will give credit to Vikram as he helped us a lot. He gave us the exact references around where to look and sometimes he even created different kind of sounds to make us feel the presence of a Creature in the environment.

That must have been something.
Yes indeed. The treatment here had to be very different as in this movie there are three characters out of which two are present and one is not there at all! So, that was very different experience. In the past I have been offered romcoms and all but I do feel proud of the fact that tomorrow when people would revisit history and talk about first 'Creature movie' made in India, they will say that Imran played the main male protagonist!

While the Creature our there is the central character and Bipasha is an obvious star value, how does Imran add further weight to the plot?
My character is very multi-layered; it has its own love track parallel to the action and fight sequences. It has very subtle and understated romantic touches. Yes, to begin with I was a little skeptical while I was signing the film. I wondered whether the film would have music and even if was there, would it be justified in the narrative. However it has all been incorporated so well that you indeed feel the need of it. (Laughs) This is great as in Hollywood, there is no margin for music in such kind of movies.

Talking about romance, the film has Bipasha Basu opposite you. Did she have to go an extra mile to make you feel comfortable?
Can you imagine that Bipasha and I met for the first time on Day One of the shoot? A night before I was just thinking that it's a new industry for me, my co-star is already established and it is new medium as well as I had been working on television in Pakistan. Taking all this into consideration, I was very nervous. However the moment I met her, our wavelengths matched so much that I never felt we had not met before. From second day onwards we were good friends. Bipasha never made me feel that I was new to the industry, country or film medium. She made me feel so much comfortable on sets.

Were you comfortable while shooting intimate scenes with her as well?
One good thing about Bipasha is that she is very secure about herself and just knows what she has to do; she is not bothered about the actor opposite her. She has so much belief in her character that it doesn't matter if it's a newcomer she is being seen with. She has worked with so many newcomers and I think she is very lucky for new actors as well. (Laughs) As for our intimate scenes then well, we shot for them when were already good friends and comfortable with each other.