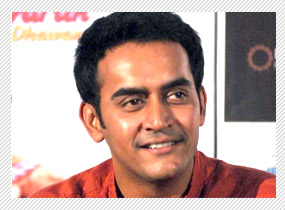 Director Shashank Khaitan believes that Bollywood's love stories have evolved over the years. From yesteryear characters who sacrificed for their love and suffered in silence, the generation today hosts parties to celebrate break-ups.


"What Bollywood needs to capture today, is the zeitgeist of the age. The image of a sacrificing Paro has become passe. What we have now is the new age Paro (Mahie Gill in Dev D) who refuses to cry over romance gone sour and is unapologetic about her sexuality. The notion of filmy love is being redefined constantly. Even though we have touched upon a certain kind of romantic drama that was popular in the '90s, in my recent film, Humpty Sharma Ki Dulhania, I have tried to transform the heavy romantic melodrama into low-key romance.

Earlier kissing on screen was considered indecent and romance became associated with clasping hand and staring into each other's eyes. Kissing was shown with two flowers coming together or honey bees sucking nectar from flowers. With time, romance in Bollywood has turned from coy to racy and bold. Pre-marital sex, that was a taboo subject was shown in films like Rockstar, but now, is considered cool.

Movies are becoming increasingly realistic and it documents the tenor of the age. While, in my opinion, the basic emotion of love has not changed, the language of love is different today. Even with all the disillusionment around, we are looking for true love and if you ask anyone, they will tell you they want their love stories to last. In today's films that is exactly what we are trying to achieve. We want the new age love stories to showcase the views of the current generation. We are trying to depict young love on screen in terms of different characters, how they talk to each other and resolve the conflicts that they face. As film-makers we are trying to change the element of melodrama and introduce quirkiness in the love stories.

Characterisation is an important aspect when it comes to showing young love on screen. Characters today are born out of personal experiences and are therefore more believable. In previous Bollywood love stories, another important element was parental approval which often caused conflict. But the relationship between parents and children is now changing.

The father no longer silences his family by roaring at them. There are parents who are still authoritative but most are malleable and reasonable. The heroine in old Hindi movies never looked beyond her family and husband, the kitchen was her cocoon, and was the epitome of goodness. But now she has evolved as a strong character and is sexy and confident. The love stories we are making today are for the millennial generation."

As told to Kaushani Banerjee.