Actress Shraddha Kapoor who never really learned dance professionally but has totally swooned us with her prowess has left no stones unturned in her preparation for her next film, Street Dancer 3D and ‘Muqabla’ definitely proves it! 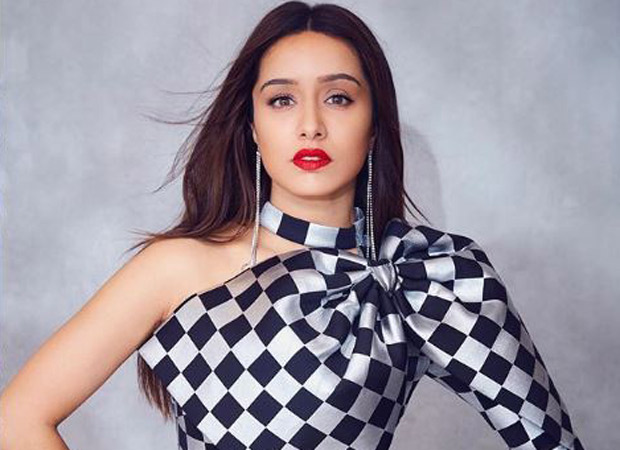 As seen in the trailer and the newly released song Muqabla, the actress has absolutely nailed the hip-hop dance form. Shraddha has got a significant segment of her own in the song where she is dancing with none other than Prabhu Dheva. There is no doubt that Prabhu Dheva is a dance icon in India, and dancing with a legend like him is definitely a dream come true for the Baaghi actress.

The actress took to her social media and wrote, "It was such an honour to dance with 1 & only @prabhudheva in Muqabla! I was so nervous but he made me feel so comfortable & encouraged. He s such an icon. Watching him dance and that too LIVE has been a once in a lifetime opportunity and he is simply magical. Thank you @remodsouza for making it happen and to @iamkrutimahesh & @rahuldid for their incredible choreography   #StreetDancer3D #24thJan". 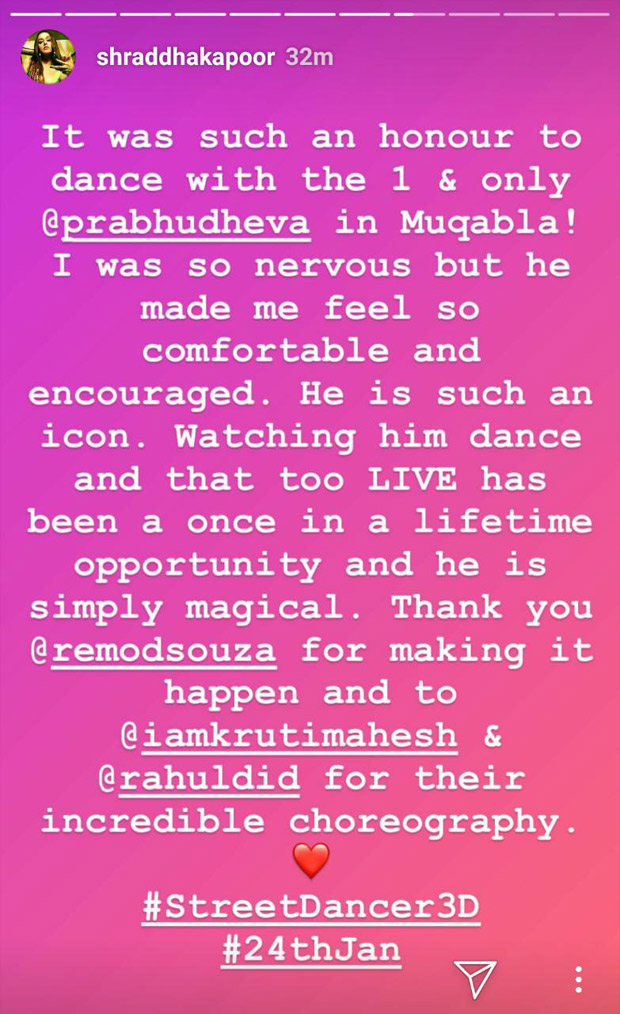 Ever since the trailer of the film was released, Shraddha's performance has been appreciated a lot. The audience is talking a lot about the actress nailing the dance moves, brilliantly.

Shraddha is one of the few actresses to have had a good 2018 and 2019 with back to back successful films like Stree, Saaho and Chhichhore and now in 2020, she has got two huge films releasing in the first half.

Street Dancer 3D releases on 24th January starring Varun Dhawan directed by Remo D'Souza and the other is Baaghi 3 alongside Tiger Shroff which is directed by Ahmed Khan.