Actress Disha Patani, who was recently seen in Salman Khan starrer Bharat, essayed the role of a trapeze artist in the film. Before the film, the actress had kick-started intense training for her role. She was even training in mixed martial arts. While the film has released, Disha Patani is continuing with her training and gave a glimpse of her recent session as well. 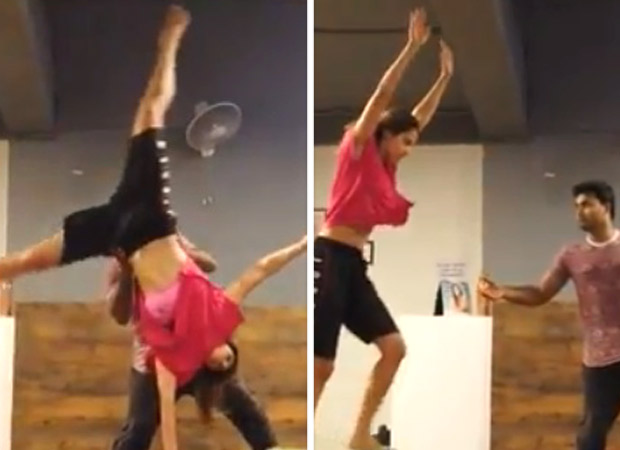 Disha Patani does not miss out a single chance to learn new workout routines especially martial arts. The fitness enthusiast has been treating her fans with her bodacious dance moves and intense acrobatic stunts with a range of sneak peek from her routine. The actress, on Tuesday, shared a video of performing a cartwheel with the help of her trainer. "Training after ages with my trainer @nadeemakhtarparkour88 @flyzonefitness_," she captioned the video.

On the work front, Disha Patani will be next starring in Mohit Suri's Malang. The film stars Anil Kapoor, Aditya Roy Kapur and Kunal Kemmu.