Ranbir Kapoor and Alia Bhatt may be starring in a film together but their real-life romance always gets a lot of attention. Their romance continues to blossom even after two years of dating. The fans have been wanting that their favourite stars tie the knot soon. There have been, time and again, talks about their wedding which might happen in 2020 but the couple has been silent about it. Now, a fake wedding invite, featuring Alia and Ranbir and their families' names, is going viral on social media which is making every go gaga. 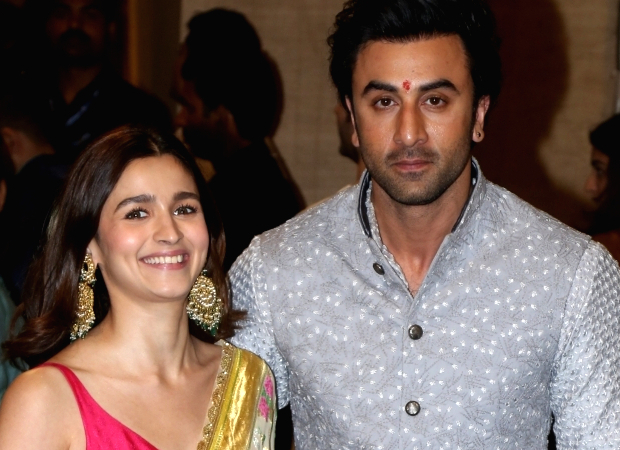 According to the fake wedding invite, the couple is supposed to tie the knot on January 22, 2020. In the invite, her name is misspelled as 'Aliya' and her father is named as Mukesh Bhatt. The invite reads, "Mrs. Neetu & Mr. Rishi Kapoor cordially invite you for the Sagan Ceremony of their son Ranbir with Aliya (D/o Mrs. Soni & Mr. Mukesh Bhatt) on Wednesday, 22th January 2020 05:00 pm onwards."

On Tuesday morning, Alia Bhatt was snapped at Mumbai airport leaving for London for Sadak 2 schedule. The paparazzi asked her about the viral wedding invite. The actress, who was in a happy mood, laughed off and said, "Kya bataun?"

ALSO READ: Brahmastra: Ranbir Kapoor and Alia Bhatt head off to Manali for the next schedule