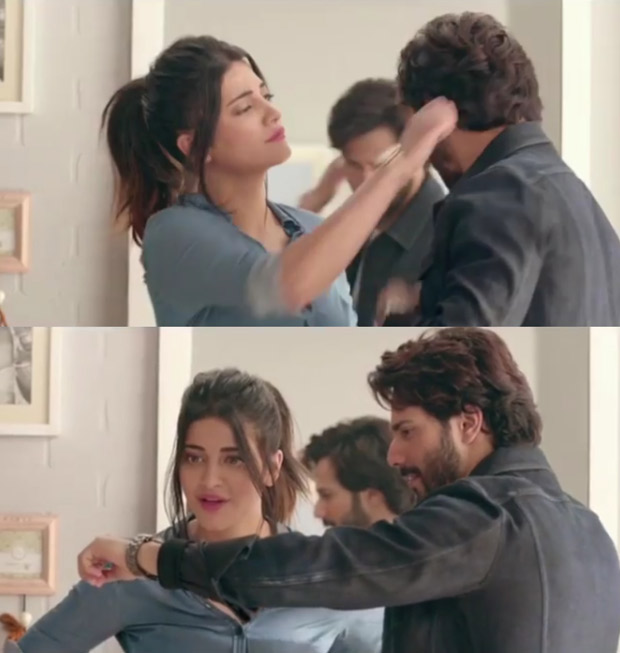 Wait before you get your hopes up we aren’t talking about a soon to be announced film that will star Varun Dhawan and Shruti Haasan sharing screen space. Though the idea does sound interesting, we are in fact referring to an advertisement that features the two actors.

More specifically, we are talking about the latest advertising campaign for the watch major Fossil, which sees Varun Dhawan and Shruti Hassan together. Sharing a video of the advert Varun Dhawan took to the social networking site Instagram saying, “#FOSSIL magic can happen on your wrist. @shrutihassanofficial @tejalpatni @kamera002 @thetyagiakshay @aalimhakim”.

Back on the film front, Varun Dhawan who was last seen in the release Judwaa 2 will next be seen in Shoojit Sircar’s October and Yash Raj Films’ Sui Dhaaga.