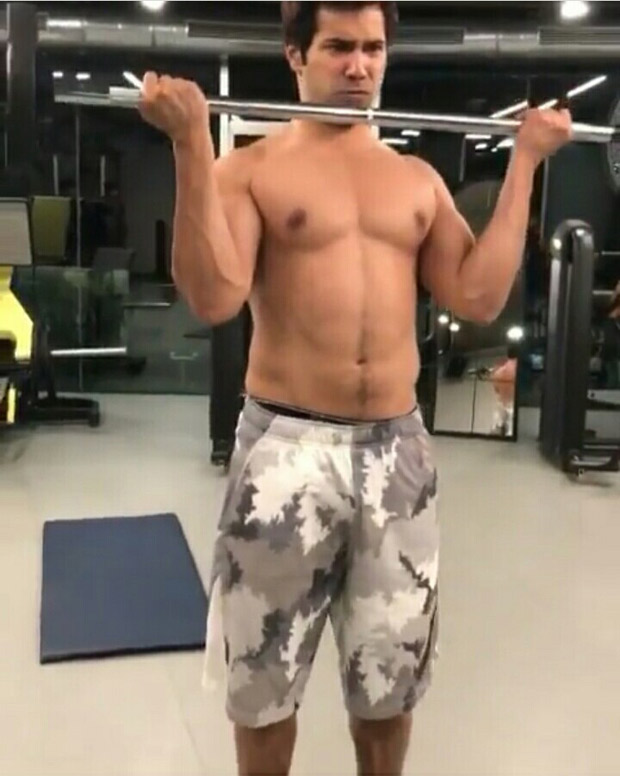 Varun Dhawan has been keeping very busy with the shooting of his upcoming film, Judwaa 2. The cast and crew are currently on the last schedule and recently wrapped up shooting of reloaded version of ‘Tan Tana Tan’ song.

As Varun Dhawan is playing double role in the film, he has been working twice as hard for his upcoming comedy. It is a known fact that Varun is a fitness enthusiast who loves to share his workout routines on his social media. He recently shared a video of himself balancing while doing some biceps workout. He captioned the video as, “Balance workout.”

On the work front, Varun Dhawan will be seen romancing Jacqueline Fernandez and Taapsee Pannu. Directed by David Dhawan and produced by Sajid Nadiadwala, Judwaa 2 is releasing on September 29, 2017.