Undoubtedly, Tiger Shroff is one of the most talented actors in tinseltown and has carved a niche for himself by treating the audience with some praiseworthy performances. From adults to kids, the actor has made everyone fall head over heels in love with his all-rounder skills. 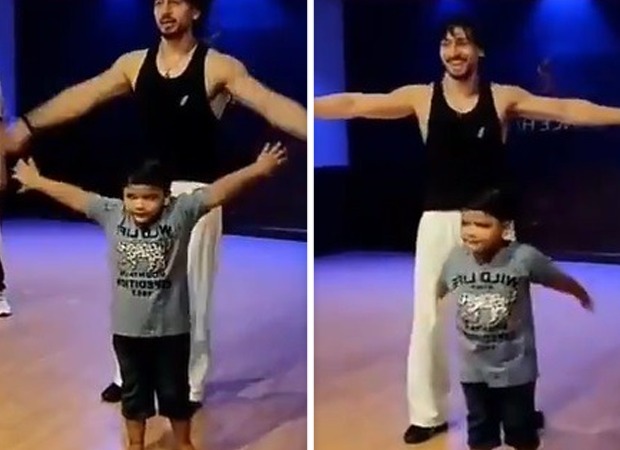 Recently, the actor put up a video on his Instagram, wherein he is seen teaching a kid the hook step of his song 'Jai-Jai Shiv Shankar' from War. The kid who was shy at first, instantly started grooving along with Tiger, as the actor made him feel comfortable and safe with him. The video is the cutest thing you will see on the internet today, have a look-

Tiger teaching his little fan the hookstep to his fav song ????
Then kid teaching Tiger ????????
This video is so adorable ????????❤️❤️
Every kid s fav @iTIGERSHROFF ????❤️
Most down to earth superstar ????#TigerShroff #Inspiration @AyeshaShroff @TeamTIGERSHROFF pic.twitter.com/cIWLydpjRv

Not so long ago, Tiger's song 'Unbelievable' broke the internet and became a massive hit amongst the audience. Viewers have been swooning on the song ever since it was released. The song even went on to become a part of the Global Billboard Charts.

On the work front, Tiger will be seen next in Heropanti 2, followed by Rambo.