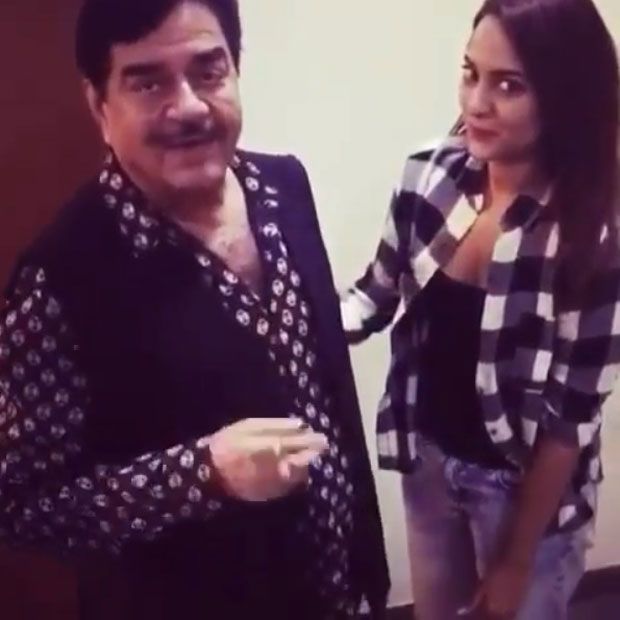 Ittefaq starring Sonakshi Sinha, Sidharth Malhotra, Akshaye Khanna is all set to release this Friday. With a suspense thriller about two murders, the makers decided the film won't be a part of the usual promotional campaigns to avoid giving out any spoilers.

Now, ahead of the film's release, many stars are urging fans to not reveal the spoilers of Ittefaq after they have watched the film. The makers have found a unique campaign to promote the film – ‘Say No To Spoilers’ and Akshay Kumar was the first one to support it.

Now, the lead actress Sonakshi Sinha's father Shatrughan Sinha has also joined the campaign and urged the fans to not spoil anyone with the suspense of the film. In a video shared by Sonakshi Sinha, Shatrughan Sinha has said 'Khamosh' to the spoilers that might be coming in the way. She captioned the video, "Khamosh to all the spoilers coming your way. Watch #IttefaqThisFriday at a cinema near you and #SayNoToSpoilers #Khamosh #ittefaqnov3."

Directed by Abhay Chopra and produced by Juno Chopra, Karan Johar and Shah Rukh Khan, Ittefaq is set to release on November 3.