We already told you that Shanaya Kapoor was set to represent India in the world's most high-profile event for debutants! The annually held Le Bal des débutantes, which takes place in Paris, has young women, ready to step into showbiz, walking down the ball, accompanied by cavaliers. Shanaya, dressed in a stunning red gown, definitely turned heads at the event! 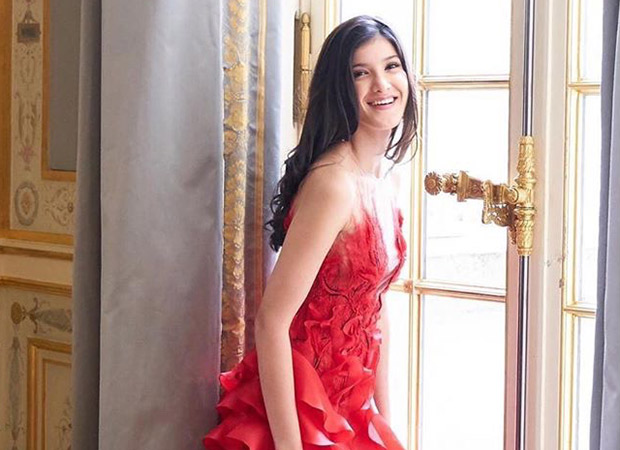 A video shared by father Sanjay Kapoor has her walking in, decked in an off-shoulder ruffled gown. Shanaya also made the prettiest twirl so that we could have a better look at her entire get-up.

So Proud of you ❤️ #lebal #paris

We earlier heard it was Sanjay who was going to escort his daughter down the stairs. While we didn't see a photo of them walking together, they definitely danced together at the ball, as promised. In an interview, Sanjay had earlier revealed that he was nervous about matching steps with the daughter!

Shanaya steps into films soon, and is right now prepping for a grand debut. She recently also worked as an assistant director with cousin sister Janhvi Kapoor's upcoming film The Kargil Girl.