Ever since Shahid Kapoor and Mira Rajput welcomed their daughter Misha Kapoor into the world, the couple's little one has become a social media star. The actor and his wife always share some cutesy moments on their respective social media. 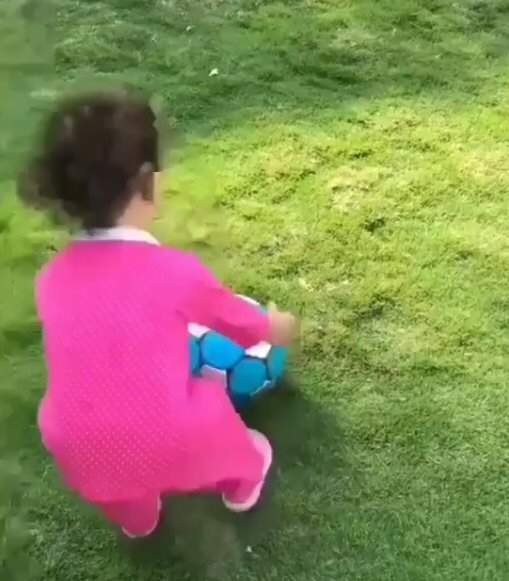 Misha Kapoor, who turned 1 in August, is definitely the favourite B-town celebrity kids and paparazzi favourite. While daddy Shahid is out for work, little Misha was seen enjoying football with mom Mira Rajput. A recent video of the little one is going viral in which she playing with a football. Mira shared the video on her Instagram story on Friday evening. The toddler looked cute in her cute onesie.

On the work front, Shahid Kapoor was recently seen as Maharawal Ratan Singh in Sanjay Leela Bhansali's Padmaavat. The film has already crossed 200 crore mark at the box office. Just a day ago, Shahid Kapoor began shooting for Shree Narayan Singh’s directorial, Batti Gul Meter Chalu in Uttarakhand. He will essay the role of a lawyer in the film.

Batti Gul Meter Chalu is a social comedy-drama which will have a quirky take on the conspiracy behind exorbitant electricity bills. The film will star Shraddha Kapoor and Yami Gautam in the leading roles.

Christmas 2020: From Akshay Kumar to…

5 reasons that make Criminal Justice: Behind…

Team Jersey wraps the shoot after a year,…