Ranveer Singh and Sara Ali Khan are gearing up for the release of the last but the biggest movie of the year, Simmba. Helmed by Rohit Shetty, the lead actors are currently promoting the film in full swing. The duo reached the sets of Dance Plus 4 and created a storm with their antics. And guess what? Sara even danced on her dad Saif Ali Khan's 'Ole Ole' song. 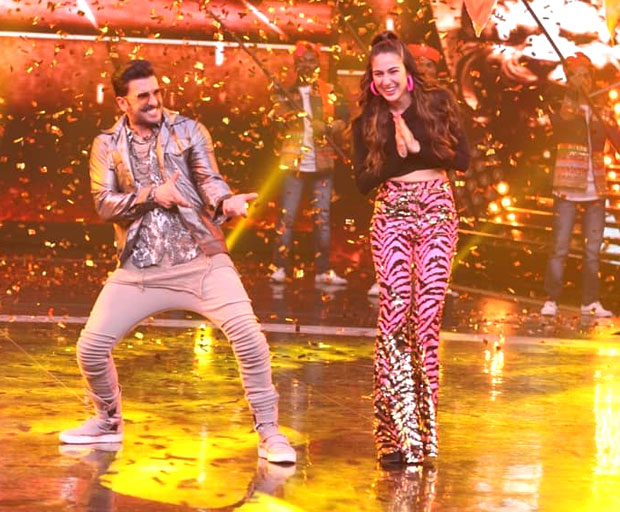 As Ranveer Singh and Sara Ali Khan reached Dance Plus 4 set, they arrived with full excitement on their peppy dance number, 'Aankh Marey'. After that, choreographer and judge Punit Pathak brought Sara and Ranveer on stage along with the contestants to groove to the beats of Saif Ali Khan's hit track from the 90s, 'Ole Ole'. While Ranveer and Sara followed the steps correctly, the actress could not stop giggling during the performance.

Ranveer Singh even did a pretty sensuous number with choreographer and judge Shakti Mohan. He danced on 'Ang Laga De' from Ram Leela and made everyone swoon. They even the set the stage on fire with 'Aa Re Pritam Pyaare'. He was also seen dancing with the contestants on ‘Tune Maari Entriyaan’.