Bollywood actor Bobby Deol turns 51 today. The actor has been flooded with good wishes from fans and industry colleagues on social media. Riteish Deshmukh who worked with Bobby Deol in the film Housefull 4 which released in 2019, took to his social media handle to wish the actor in a unique way. 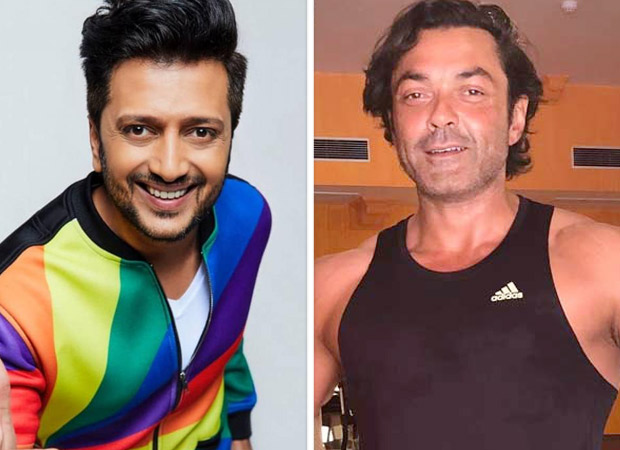 Riteish Deshmukh is currently shooting for the film Baaghi 3 starring Tiger Shroff, Jackie Shroff, and Shraddha Kapoor. The film is being directed by Ahmed Khan who also directed the first part. In the video shared by Riteish Deshmukh, Ahmed Khan and himself are seen dancing to the tunes of 'Love Tujhe Love Main' from Bobby Deol's debut film Barsaat which released in 1995.

Towards the end of the TikTok video, Riteish is seen holding a placard which reads ‘Happy Birthday Bobby’

In 2018, Bobby Deol made an impressive comeback in the Salman Khan starrer Race 3. In the same year, the actor was also seen in the third part of Yamla Pagla Deewana along with Dharmendra and Sunny Deol. He was last seen in the multi-starrer comedy film Housefull 4. The actor is currently filming for his first Netflix original film produced by Red Chillies Entertainment and directed by Atul Sabharwal.

Meanwhile, Riteish Deshmukh who was last seen in the film Marjaavan in a negative role will next be seen in Baaghi 3. The film is scheduled to release in March 2021.