Everyone in the film industry is well aware that Akshay Kumar is a morning person and likes to start work as early as possible. The actor who will next be seen in the multi-starrer film Housefull 4 made his co-stars and the team of The Kapil Sharma Show arrive early for the shoot. 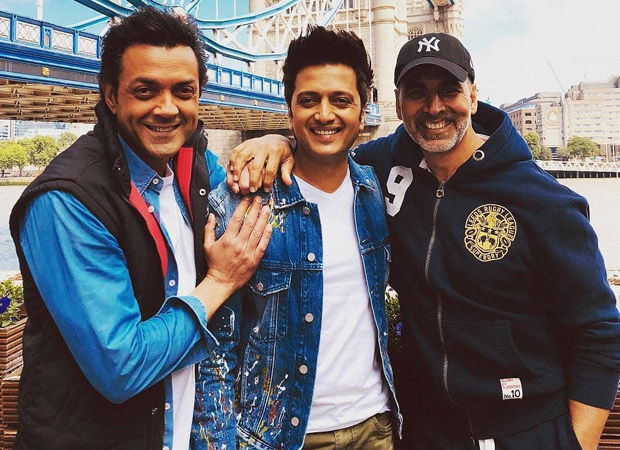 Kapil Sharma's show went on air in December last year. Ever since the team had been reporting for the shoot at noon. However, according to reports, on Akshay Kumar's request, the team of The Kapil Sharma Show decided to start rolling earlier. The actor will be shooting for two episodes. For the first episode, Akshay Kumar will be seen with his male co-stars Bobby Deol, Chunky Panday and Ritesh Deshmukh. The actresses Pooja Hegde, Kriti Kharbanda and Kriti Sanon will join Akshay in the second episode.

However, there seems to be confusion among the stars regarding their reporting time. Today, actors Riteish and Bobby took to Twitter to point out how Akshay Kumar is late for the shoot and that they are the only people on set at 7.30 am. Meanwhile responding to their video, Akshay Kumar clarified that the call time is for 9 am and that he will reach on time.

Check out their funny banter here:

Meanwhile, Kapil Sharma too shared a tweet expressing how the team had to come in early on Akshay Kumar’s request:

Reportedly, actor Krushna Abhishek who has co-starred in a film with Akshay Kumar will be giving a tribute to the latter on the show. The team plans to wrap the shoot in 4-5 hours.