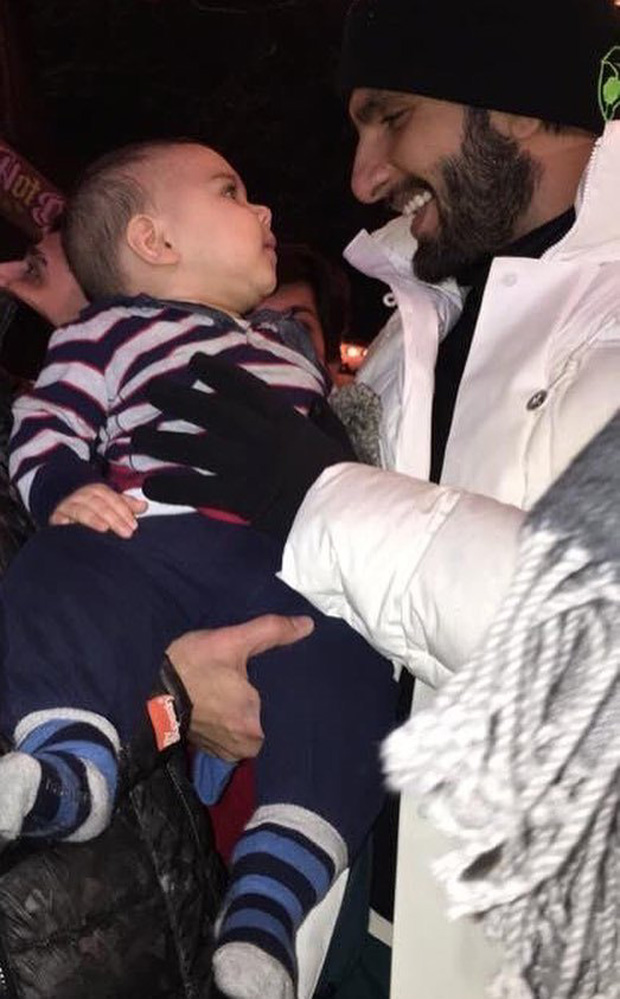 Ranveer Singh was recently named the first Indian ambassador for the English Premier League. The actor, who is an Arsenal fan, had shared some photographs from London, with former sportsperson Patrick Vieira and from The Prodigy concert. The actor continued his London trip and returned to the baby this morning.

On his last day in London, Ranveer Singh met with a fan and cute little baby. In a video shared by a few fans, he was seen cuddling with the baby and gave him a kiss. Dressed in a white sweatshirt, Ranveer was beating the winter and enjoying his last in London thoroughly.

On the work front, Ranveer Singh will be soon seen in Sanjay Leela Bhansali’s Padmavati with Deepika Padukone and Shahid Kapoor. Ranveer is also prepping to play a rapper in Zoya Akhtar’s Gully Boy. The film brings the fresh pair Alia Bhatt and Ranveer Singh for the first time on the big screen. Although they have starred in several ads, this is the first time they will be seen in a movie together. This film also marks the reunion of Ranveer with Zoya Akhtar after Dil Dhadakne Do. Gully Boy is slated to go on floors in January 2018.